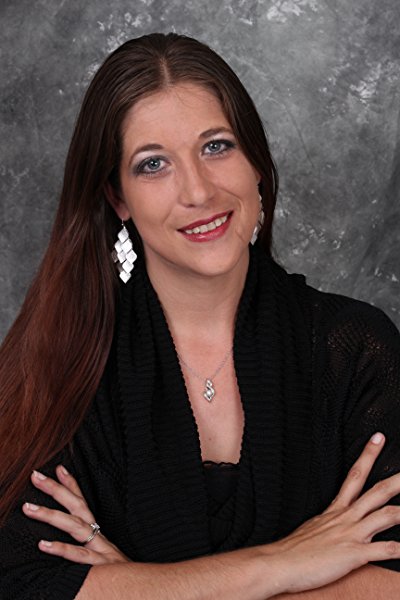 About the author:
Omni is a thirty-five-year-old mother of three teenagers, one boy and two girls. In 2012, doctors found a tumor on her pituitary gland and bleeding on her brain. As a result, she could no longer work and had to give up recently acquired managerial role. Rather than sit around at home in pain, doing nothing all day, she decided to start writing. This resulted in her novel Lily's Awakening, the first of a six-book series, Elemental Guardians. While she is also a caregiver for her grandfather, she continues to write at her home in Sand Springs, Oklahoma. She enjoys spending quality time with her family.

What inspires you to write romantic fiction?
It’s really not the topic, but the story itself that inspired me to share it. Like many good stories, this one started as a dream I had. This book is the first of a six-book series beginning before our known history and ending in a futuristic era. I have a rather twisted mind and have blended mythology and historical events, but reader beware, I don’t follow traditional mythology in this series.

Tell us about how you write.
I tend to zone into my writing. I have found myself writing or typing away for six hours and it only feel as if and hour had gone by. I began by rough outlining the whole series, then rough outlining the first book. It wasn’t until ¼ of the way through when I did a detailed outline, but I was still learning. I attended a critique meeting group twice a month that helped immensely. Once the first draft was finished I did a hard edit. Re-reading the first few chapters made me realize just how much I learned in such a short amount of time. After a few rounds of doubt and “what the f**k is this crap?” did I get through the edit. Finally, happy with my work, and after a ton of research, I found Keidi Keating and along with her and her team, started the professional process of editing and publishing.

What advice would you give other romance writers?
The most valuable information I received while writing this book, is the meaning of “show, don’t tell”
The first time I heard that phrase, I didn’t understand. The only experience I had was writing scholarly papers, which consisted of all tell and little show. The switch to fiction was difficult until I learned what it meant.
It is the difference between: “He sat in the chair looking nervous.”
Or:
“He sat in the plush office chair to await his interview. His legs bounced with anticipation while his fingers twiddled the loose button on his freshly pressed sleeve.”
The first, tells the reader what the character feels, while the second, never tells the reader that the man is nervous, but shows nervous behavior, hence, “Show, don’t tell”

How did you decide how to publish your books?
I want to help provide for my family. I understand being an author isn’t very lucrative for most, but after finding a tumor on my pituitary gland and having seizures I had to alter the direction of my career. I was in my final year of getting my bachelor degree in business management and working as a manager for a local retail store when the headaches got bad. I had to quit working a traditional job, but I finished out my degree. I went from working 6 days a week, 9-12 hours a day to doing nothing but hurting or being too weak to do a load of laundry. I found some good doctors and, while I still have good days and bad days, I can function rather normally. I became a caregiver for my grandpa and take care of my three teenagers, but I love to write and, it’s the only way I have to help pay the bills.