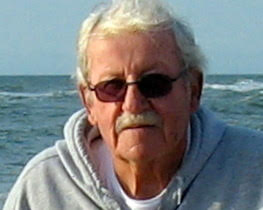 About the author:
I was born and raised in Argentina, educated in the U.S, and came to Mexico in 1962 with Time/Life International. I have been a regular lecturer to newly arrived foreign residents titled: Mexico – History, Legend and Cross Border Culture. I have published two novels in Mexico, The Crystal Bull and The Line/La Línea (presently being rewritten under the new title The Long Way Home). In 2012 my first nonfiction book, Mexico Behind The Mask was published by Potomac Books in Washington, D.C. and by The Univ. of Nebraska Press. My latest book, in the form of a limited edition, is Pebbles In Time. I have represented The Financial Times and Business Week (not as a foreign correspondent) for over twenty years. From 1975 to 1985 I published a series of magazines along the west coast of Mexico titled About: About Tijuana (including Ensenada, Loreto, and San Felipe). Los Cabos (including La Paz), Mazatlan, Puerto Vallarta, Manzanillo, Guadalajara, and Acapulco. In the 1980s, as a representative of Business Week, I published four special sections on “production sharing” along the border. As a representative of the magazine, I was also a member of a Mexican think tank in Mexico City known as The Pinnacle Group. During these years in the late nineties, I had the opportunity to meet and listen to many leading Mexican politicians and businessmen. For a period of fifteen years, I outsourced for Bancomext (Banco Nacional de Comercio Exterior. I live in San Miguel de Allende, Gto. in the central highlands of Mexico with my wife Kate.

What inspires you to write romantic fiction?
Many of my past relationships when I was single especially visiting resorts along the west coast of Mexico as part of my publishing business

Tell us about how you write.
Mostly a stream of consciousness.

Do you listen to or talk to to your characters?
I let my characters do the talking. Sometimes they surprise me.

What advice would you give other romance writers?
Don't forget there is sex involved. Romance doesn't end at the bedroom door only to renew the next day over coffee.

How did you decide how to publish your books?
I live in Mexico. Getting a U.S. publisher is nearly impossible.

What do you think about the future of book publishing?
The invention of the word processor finished publishing as we know it. Everybody is writing a book so agents and publishers set up firewalls like query letters and other mechanisms to keep you out the door while pretending these instruments open the door of opportunity. I know writers of yore who don't even know what a query letter is.