You are here: Zeecé Lugo 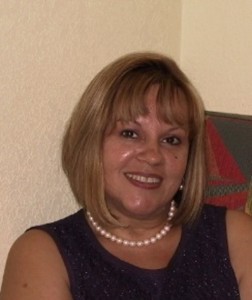 Zeecé Lugo was born in Puerto Rico, grew up in Brooklyn, and lived in many places. She spent seven years in the U.S. Air force, taught for many years in Miami, and even spent a year working for the IRS.

Her early love was reading. The worlds of Pern, Middle-earth, St. Mary Mead, and Shrewsbury Abbey had an incredible influence and hold on her imagination.
She wrote her first novel, Daniel’s Fork, in two months, spending long hours at her task. During that time, she ensconced herself in her bedroom with her computer, barely coming out to grab a cup of coffee or a snack. One day, her nearest neighbor came desperately knocking at her bedroom window, afraid that Zeecé might be dead; no one had seen her for days!

Daniel’s Fork was meant to be the first book in a romantic trilogy. Little did Zeecé know that stories have a way of going where they want to go. Daniel’s Fork turned out to be a journey to the future past! It is a sexy, romantic mystery set in the future, giving birth to a fictional universe: the Daniel’s Fork universe.