You are here: Tri Amutia 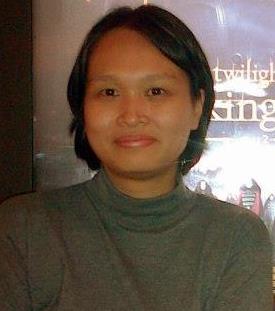 She’s first learned English when she was eight and already fell in love with writing since she was seven. She was born in Jakarta in the year of 1980 and spent her childhood there until the age of 12 before moved to Indramayu. After graduated from High School, she continued her education in Bandung and took Tourism Management majority at Bandung Tourism of Institute (Enhaii). Between her college schedules, she kept writing, mostly with her experience spent in Solo and Yogyakarta. And after graduated from Enhaii, she worked at a bookstore and that made her more familiar with books and publishing. After got married and had kids, she returned to Indramayu and started to do online jobs for freelance translating and made her own blog.
The year 2009 was the first time she published her work on the internet before finally getting published. Some of her friends encouraged her to publish her first romance novel and this novel is her first published work. She has some other manuscripts and getting work to publish it.