You are here: GVR Corcillo 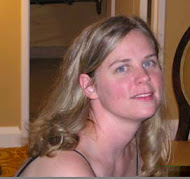 With her IvyLeague education, white trash sensibility, and pop culture savvy, GVR Corcillo delights in writing Chick Lit about characters who try not to trip as they valiantly march to their own bongo beat.

But she didn’t start writing right away. First, she worked in a potpourri-stuffing factory, a metal-perforating plant, a video store, a greenhouse, a supermarket, a children’s museum, a radio station, and a bar. Not to mention she taught high school in Watts and South Central Los Angeles.

But none of these fit the bill for what she always wanted to be when she grew up – a writer. So, she won some writing contests, hit the New York Times Bestsellers List with her first short story, and got a screenplay produced.

Geralyn Vivian Ruane Corcillo, a native of Chinchilla, Pennsylvania, lives in North Hollywood with her husband Ron, a television comedy writer. They are both New York Giants fans.