You are here: Dee Dee M.Scott 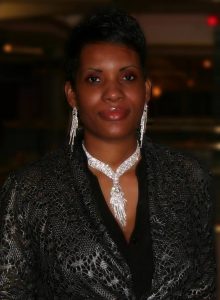 Best-selling author, playwright and entrepreneur Dee Dee M. Scott’s motto is “The sky is not the limit; the limit is higher than the sky” and with her extensive resume of creative works, she is certainly doing her part to live up to that motto.

Born and raised in Florence, South Carolina, Scott exploded onto the scene in 2009 with her debut novel, My Husband’s Woman, a tale of love and deception which Scott later adapted into a stage play that toured South Carolina and continues to successfully tour to this day. The play earned Scott The Golden Pen Playwright Award, and the Columbia Theater Review named her Playwright to Watch in 2013.

Scott’s follow-up novel, Sent From Heaven, was released in 2013, and she recently served as supervising producer for the horror movie Lake House, a psychological thriller that will hit select theaters soon. (www.lakehousefilm.com)