You are here: Products Zombies in Saudi Arabia by Andy Ibrahim 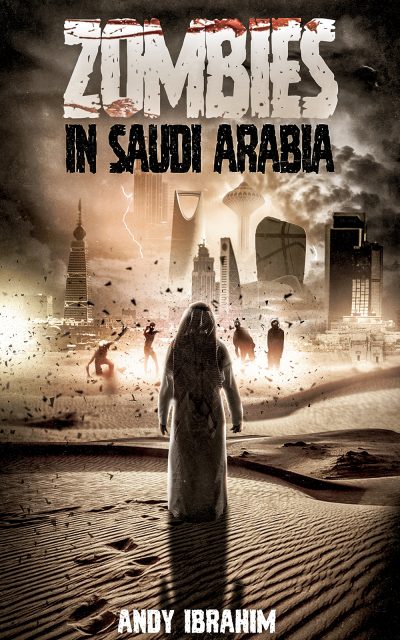 The sound of a civil defense siren blares in an Eastern Saudi Arabian city, and sisters Sara and Malak awaken to a terrifying new world. After days of strange, foreboding behavior from animals, the girls find themselves in a nightmare, separated from their parents. They join with their best friends, May and Reama, and all four girls band together to try and find their families as the city around them falls into chaos as the undead rise and attack the living.

While the girls try to avoid formidable zombies made unpredictably more aggressive by the Arabian sun than any in fiction, they are joined by Rakan, Sara’s coworker, and his cousin. The group quickly discovers that suspicion between them causes friction. Still, they push on, hoping to survive long enough to meet their families in a safe zone. To make matters worse, some members of the group exhibit strange behavior and others are not who they seem.

As the girls battle to survive, they also fight to keep their sense of self as young Saudi women in all the different identities they represent.

Will the girls be able to maintain their identities and their trust in themselves despite their struggle for survival? Can the group stay together long enough to reach a safe zone? Will the girls’ suspicions prove to true or end up ruining their only chances to find their parents?