You are here: Products You Lucky Witch by Marie Mason 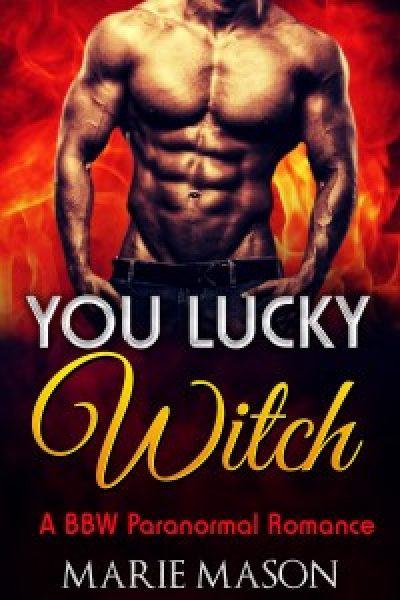 You Lucky Witch by Marie Mason

Roark knew his brother was unhappy in the pit of hell but he never expected him to try and escape. Now it was his job to bring him home. Kayley was a witch whose DNA made it difficult for her to cast spells. Well, spells that worked. When she inadvertently helps Roark’s brother escape, he refuses to let her go in case she causes more trouble. Who was she to argue with a demon? Especially one as fine as Roark.

Marie has always been a writer at heart. So finally, the other side of her burst out and in 2014 she published her first book, Mate of the Alpha… and hasn’t slowed down since. Her only regret? Not being able to write as fast as she’d like. Pesky day job and all that.

I was asked to participate in the Wicked After Dark Anthology and needed a Halloween story that was hot. What could be hotter than a demon and a witch? Of course, once I started writing other characters popped up – which you’ll see in the next two books, A Demon’s Desire and An Angel on A Demon’s Shoulder, available (fingers crossed) before the year is out.

For a demon, he tasted damn good, Kayley thought. To be honest, she’d expected him to taste like ash — you know the whole fire and brimstone thing.
Instead, he tasted like fresh mountain rain. In other words, he tasted delicious.
She met each and every thrust of his tongue and her hands gripped the hard muscles of his biceps as she lost herself in the kiss. His hands pulled her closer and she realized he really was aroused. Really, really aroused. Her skin was on fire where their bodies touched. She wanted to will their clothes away so she could feel her naked skin against his.
Suddenly, she realized something else — her spell had gone wonky, yet again. She pulled out of his arms and pushed him back. “Umm, sorry about that.”
He looked down at her, his eyes now a dark black with streaks of gold. The gold faded, indicating her spell waned as well.
This hadn’t happened before, but then when she usually cast her calming spell, she did it in the privacy of her bedroom after a long, hard day at work. Oh, crap, she thought. Maybe that’s why she usually used other ‘methods’ for calming herself later, when she was in bed.
Apparently, her calming spell was actually a horny spell. Then, wasn’t having sex supposed to have a calming effect?
She clenched the muscles of her pussy, hoping to keep that feeling of pleasure pulsing deep inside her. She wanted to crawl all over him, make love with him, disregard every reservation and inhibition she’d ever had about her curvy body and just be naked with this man under the moonlight.