You are here: Products You Are My Sea by Tina Isabel Leung 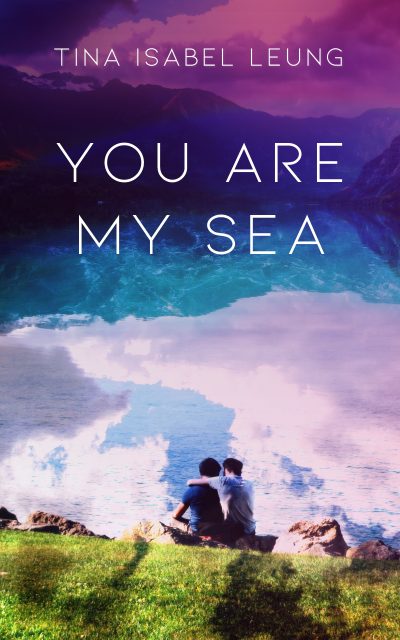 You Are My Sea by Tina Isabel Leung

Tina Isabel Leung was born in 1992 in Alabama, USA. She is a full time author. She writes gay romantic erotica and interracial romantic erotica. Her inspirations are Sloan Parker and Roe Horvat.
She likes sunny days, sunflowers and fruits dipped in chocolate. Her favorite music genre is jazz & bossanova. She is a positive and bright person.

Tina's message as an author:

"I believe that self love is important, but it's not enough, and we all need that other special person. And if we haven't found them yet, we need to have hope that we'll meet them soon. (…) This is the message I want to pass to my readers, that we can allow ourselves to dream of love and turn to it the way sunflowers turn to the sun. (…) I really care about fulfilling the promise I give to the reader. The story title and the cover are always an accurate representation of what the story is going to be about."

“You Are My Sea” was inspired by two things:
a) My own journey to the seaside in winter 2014. I was heartbroken and hoped the sea would take my sadness away. The main idea behind this strange belief was that sea is a vast body of water that travels all the time, and also evaporates in the sunshine. What could be a better way to dissipate an unwanted emotion than giving it away to the sea? I don’t believe in writing things on paper and burning them later, because I don't really like fire.
b) The Chinese drama “Addicted: Heroin”. Gu Hai was my favorite character and I think that Arnold, the protagonist of “You Are My Sea”, took a lot after him.

He’d accused me once of having 'no sense of personal boundaries.' It was true. I spent a lot of time spying on him. I followed him around the company's premises and sometimes even outside, though I was cautious not to get caught. Other people would certainly come to the conclusion that I planned to hurt him, but I didn't. I wasn't ill-willed.
I developed a quixotic crush on him, and it just didn't want to go away. I felt truly sick when I didn't see him. I wanted to hit the people who stood too close to him, which made me feel like an aggressive rascal. I knew that it was an issue, but another hand – when didn't I have any issues? I attended raves, drank alcohol, smoked and swore. I was so different from Peter who seemed perfectly composed. Maybe it was what I found so attractive about him. He appeared to keep it together.
But not today.