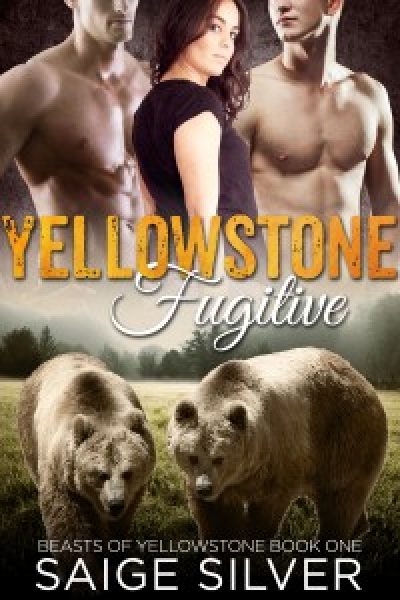 Outlaw Tess Robinson will do anything to avoid prison, even if that means braving the harsh terrain of the Yellowstone wilderness alone. Grizzly shifters Dean Stamper and Jace Dixon are hot on the trail of the curvy young fugitive, but they’re soon grappling with a huge problem: Tess is their fated mate!

Now the shifters have a difficult decision to make: Should they arrest the woman they love and condemn her to years in prison, or break the law themselves by harboring a fugitive?

Soon they realize they have a much bigger problem on their hands. A sociopathic drug kingpin is on a mission to find Tess and her bears. He’ll stop at nothing to quench his thirst for blood and vengeance. Will Dean and Jace be able to protect the mate they’ve waited a lifetime for?

This is a full-length standalone grizzly shifter novel with a HEA and NO cliffhangers! Contains adult content, 18+ only

I wanted to write something with a lot of suspense and action & adventure. Something that would keep readers guessing what might happen next. I had the image of a chase in my mind, of a fugitive woman running from the law. Plus what better conflict could there be than a fugitive falling in love with law enforcement? And of course, what’s better than one sexy bear shifter? Two, of course!

Tess melted in the heat of Jace’s kiss.
She didn’t know what had gotten into her. First she’d made out with Dean, and now she was kissing Jace. He was a complete stranger! She had no business kissing either of them, especially in these circumstances. But her arousal had been growing at an alarming rate, to the point where her body screamed and she could no longer ignore it. Something in Jace’s charcoal eyes completely hypnotized her, invited her, drew her in like a magnet, and she knew she wouldn’t be able to rest until she’d given into him.
Her body seemed to move on its own accord, despite the protests of her logical mind.
There was no denying it. These two shifters drove her absolutely wild. They were powerful hulking beasts that oozed primal sex from every pore. Being alone in this dark cabin with two half-naked shifters on both sides of her, she now found herself throwing caution and reservation to the wind.
Jace’s unique silver eyes glimmered in the moonlight as he pulled away, his brows raised in shock. Clearly he wasn’t expecting this to happen, but the fire burning in his gaze told her he welcomed it.
Dean growled with envy. She turned to him and licked her lips, extending an invitation with her eyes to him as well. She wanted— needed, both of them, desperately. In this moment, nothing else mattered. The fucked up details of her life fell away, one by one, drifting out of her awareness like autumn leaves: the police chase, the drugs, Nick and his thugs. None of it mattered, at least not in this moment.
All that mattered was these two hulking beasts sitting beside her, their breath rough and ragged in the cool night air, the sweet, woodsy scent of pine along with the smell of their arousal mingling in her nostrils and putting her under a spell.