You are here: Products Yellow Gomorrah by Pablo Cisneroz 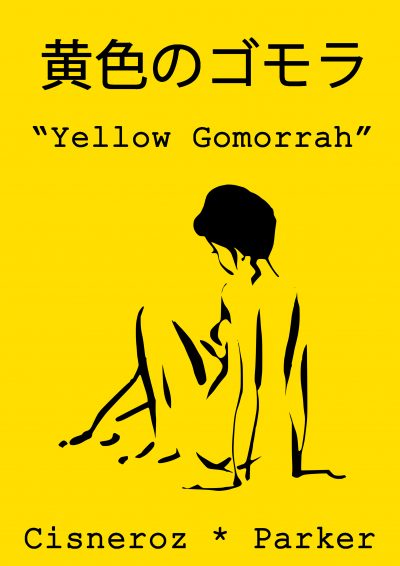 Desire, above all else, cannot be ignored.

Days pass by, individuals working on such a tiresome schedule, nobody seemingly has time to take care of ones own self. Sexual desire runs rampant. What’s the solution, you may ask?

How about a simple massage?

Pablo Cisneroz is a seasoned writer, editor, and journalist residing in San Francisco, California. At an early age, photography of the human body became the center of inspiration of both visual and written perspectives expressed in the form of editorials, blogs, and other such outlets in order to publish his content. His newly debuted photographical satire, Yet Another Nude Art Book, hopes to create dialogue within the debated topic of what objectively “classifies art in society.” Cisneroz is a Junior at San Francisco State University studying Creative Writing.

Inspirations spiraled primarily from media, including photographs, magazines, and videos encompassing such subjects revolving around art and nudity, as well as the fine line that separates what society deems as one or the other.

"Simply put, it was as if I had been feeling this sensation for the first time all over again. The twinkle in her now moist pupils left me absolutely starstruck. Soon, my pelvis met her body, squishing further than she must have anticipated. Her squeals of delight were followed by my routine thrusts, sloshing, deeper each interval. She gripped the table harder, yanked her head back further in perpetuity. In an attempt to say anything more, such as “faster, harder, etc.” all she could produce were guttural yelps. God, she was so beautiful. So helpless."