You are here: Products Wolf Signs by Vivian Arend 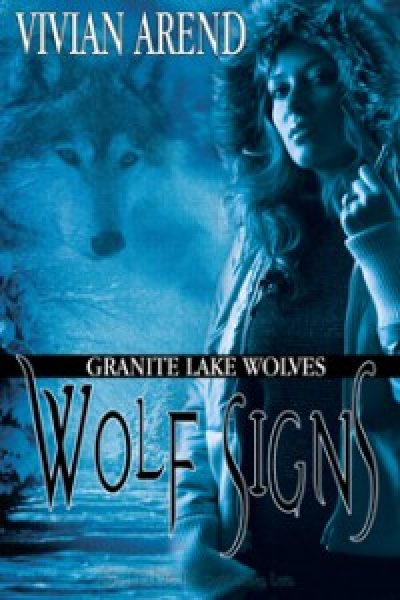 Talk about getting your signals crossed…

Robyn Maxwell doesn’t care that her brother has to cancel out on their backcountry ski trip. She can do it alone. The fact she’s deaf doesn’t make her survival skills any weaker. The chance to get away from it all and relax in the Yukon wilderness is just what she’s been craving.

Meeting wilderness guide Keil at the cabin starts cravings of another kind. Keil’s one hot hunk of ripped, tasty male. Now she has to deal with raging hormones as well as strange questions about wolves and mates and challenges to the death. Keil was trying for a nice reflective retreat before challenging for the Alpha position of his Alaskan pack. He wasn’t planning on meeting the woman destined to be his mate, or finding out she’s not aware she has the genes of a wolf.

Between dealing with his accident-prone younger brother, a deaf mate with an attitude and an impending duel to the death, his week—and his bed—is suddenly full.

Far from the relaxing getaway any of them had in mind…

Warning: Gives a whole new meaning to the phrase ‘talking with your hands.’ Includes dangerous use of sarcasm and hot nookie in a remote wilderness sauna.