You are here: Products Winter Secrets by M. Limoges 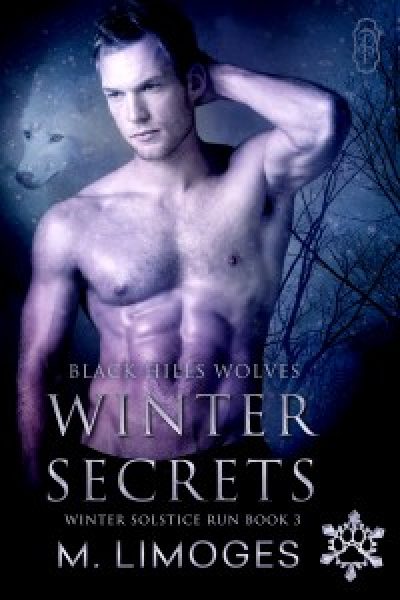 Patience is a virtue…a lesson Stephen Dorsett has learned over the years, wooing his mate. He loves the prickly woman with all his heart, but he’s keeping a secret from her—one that will soon change the entire dynamic of their relationship.

Kate Matthews has a secret of her own, but she’s reluctant to share her surprise with Stephen. With her mate spending too many long hours and late nights at work recently, Kate begins to second-guess Stephen’s commitment to her.

One simple misunderstanding, fueled by insecurities and doubts, is all it takes to throw Kate and Stephen off course. Will they allow their secrets to pull them apart, or make their love stronger?

M. Limoges lives along the Gulf Coast with her OCD cat, Mr. Tibbs. Tax assessor by day, romance writer by night, she enjoys anything coffee related, traveling, and reading happily ever afters.

Kate Matthews gaped at the small, plastic stick she clutched with a death grip. The frantic drum of her heart beat against her ribcage while her stomach churned in discord. A swift influx of panic, elation, disbelief, and fear bombarded her all at once, dragging the air from her lungs in a noisy whoosh.
Pregnant.
“Oh, shit.”
Reeling from the revelation, she stumbled backward to drop onto the toilet lid before her weak knees buckled. Unfortunately, she miscalculated the distance and fell in between the sink and toilet with a surprised squeal, landing in a squished heap and banging her head on the wall in the process. Temporarily rendered stupid, she simply sat there, wedged in the tiny space, gawking at the little strip of plastic glaring the truth at her.
“You all right in there?” her mate, Stephen, called from the other side of the door. No doubt he’d scented her distress.
Alarm whipped through her bloodstream, and the pregnancy test flew from Kate’s trembling hand to clatter on the floor in front of her. When he twisted the doorknob, she bolted from the floor and snatched the small stick from the bathroom tiles.
“I’m fine,” she exclaimed. “There was a spider.”
He twisted the knob again, and she sent up a quick prayer of thanks she’d had the foresight to turn the latch.
“Why’d you lock the door?” A mix of irritation and concern tinged his deep voice.
Frantic, she stashed the plastic strip in a box of tampons in the cabinet under the sink, certain he’d never look there, and then darted for the entrance. Once she fumbled with the lock, she tugged the door open and came face to chest with Stephen.
“I must’ve locked it by accident when I came in.” The excuse sounded weak to her own ears. Surely, he would think the same. They never locked the bathroom door, if she could get him to close the damn thing at all.
A frown creased his golden features. He watched her through narrowed blue eyes—attempting to decipher the obvious lie and cow her with his probing stare at the same time.
Drop it. Drop it. Please, for the love of God, drop it.

Be the first to review “Winter Secrets by M. Limoges” Cancel reply