You are here: Products Wilder’s Mate by Moira Rogers 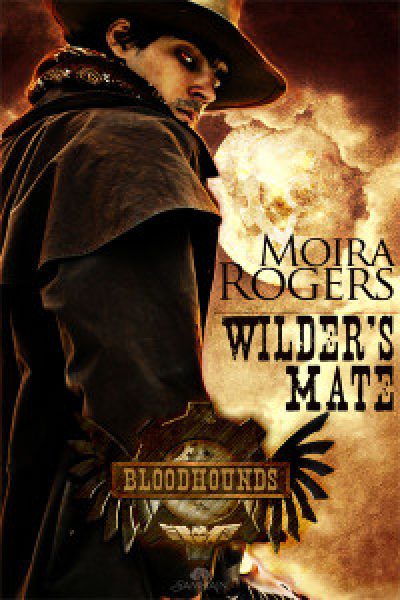 Wilder Harding is a bloodhound, created by the Guild to hunt down and kill vampires on America’s frontier. His enhanced abilities come with a high price: on the full moon, he becomes capable of savagery beyond telling, while the new moon brings a sexual hunger that borders on madness.

Rescuing a weapons inventor from undead kidnappers is just another assignment, though one with an added complication–keeping his hands off the man’s pretty young apprentice, who insists on tagging along.

At odds with polite society, Satira’s only constant has been the aging weapons inventor who treats her like a daughter. She isn’t going to trust Wilder with Nathaniel’s life, not when the Guild might decide the old man isn’t worth saving. Besides, if there’s one thing she’s learned, it’s that brains are more important than brawn.

As the search stretches far longer than Wilder planned, he finds himself fighting against time. If Satira is still at his side when the new moon comes, nothing will stop him from claiming her. Worse, she seems all too willing. If their passion unlocks the beast inside, no one will be safe. Not even the man they’re fighting to save.