You are here: Products While My Love Sleeps by Amanda Brenner 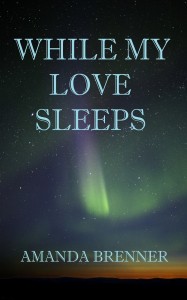 While My Love Sleeps by Amanda Brenner

When aristocratic Karl, Graf von Abensberg, heir to a centuries-old title, married commoner Leda Devoe, he told her he needed her strength, her courage, and her love. Soon all three are tested when Karl is injured in an explosion that leaves him in a deep coma, and Leda is all that stands between him and those who would rob him of his property, his fortune, and his very life. Will her courage and determination be enough to save the man she loves? They will have to be, for in her heart of hearts, Leda knows that if her beautiful husband’s life is over, then so is her own.

Amanda Brenner is a native Midwesterner who has traveled extensively throughout the United States and now lives quietly with her husband and an assortment of wildlife visitors to their urban home. Her interest in writing began at an early age when westerns were popular attractions at the local theater. It seemed only natural that her first novel, Trail of Vengeance, should be in that genre. After finishing a second western, Shadow of the Rope, she began to explore a new direction and completed three contemporary mysteries involving private investigator Sid Langdon, a self-doubting magnet for offbeat clients and hapless scenarios, the latest being The Mystery of the Nourdon Blue. Amanda enjoys learning from the books she reads, a characteristic reflected in the research she includes in her own works.

i wanted to explore what might happen when an average woman marries a titled aristocrat who then becomes disabled and is at the mercy of those around him. Would she allow herself to be paid off and desert the man she loves? Or would she stay and fight for them both? I only knew what I would do.

Leda sat quietly watching her husband sleep. She watched the even rise and fall of the evenly turned down sheet covering the evenly turned down blanket which lay over him, and which moved in concert with the rise and fall of his breathing. His hands lay still beside the outline of his body, on top of the coverings meant to ward off any chill impertinent enough to befall him. Sunlight was streaming in through the spotless glass panes of the terrace doors on this mild April morning.
He was a handsome man, she thought; but then she had always thought so, even at their first meeting three years earlier. Tall, dark and handsome. She smiled as she thought of the cliché, and yet it was an apt description of the man she had grown to love so dearly in those intervening years. For he was tall, or at least tall enough to look up to. His dark brown hair, as always, was neatly trimmed, as was the slight beard he had adopted to hide the scar of a childhood accident. He was slim, but not overly so, yet muscular, also not overly so; a perfect build, a beautiful man.
She had chided him after their marriage that he would have to find another way to work off the rich sauces and gravies favored by their cook after his retirement from the travel that had been such an integral part of both their jobs.
However, it was his eyes that had caught her attention the first time they met. Brown eyes…soft, intelligent…and so infinitely kind. Now, watching him, she wondered if she would ever again see her reflection in those beautiful eyes, or revel in the love that shone back at her whenever they were together.
Her gaze lingered on his hands, so strong, yet so gentle and warm when entwined with her own; they lay motionless on top of the covers, the left one bandaged where the needle had been inserted, and where the tubing now connected it to the IV bag hanging on a movable rack beside the bed.
Karl. Her beautiful husband, the man she loved more than she believed it possible to love anyone, lay still except for the rise and fall of his chest to the rhythm of his breathing.
It had been three weeks since the explosion at the bank that had caused the coma that now engulfed him.
Three weeks. Only three weeks? So short a time, and yet long enough to threaten the future to which they had so looked forward.
How much longer before he came back to her?
Would he ever come back to her? He must, she knew that much. He had to. For she knew in her heart of hearts that if this beautiful man’s life was over, then so was her own.
Has it been only three weeks? How could it have happened? Why did it happen at all?