You are here: Products When An Omega Snaps by Eve Langlais 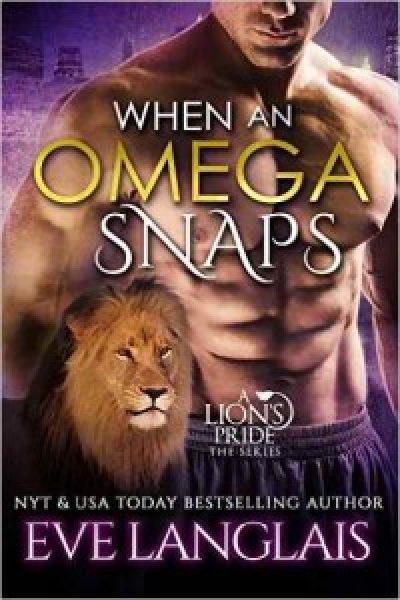 When An Omega Snaps by Eve Langlais

“Leo is the calm guy. The nice guy. The one nobody screws with. So could someone explain that to Meena so she stops driving him insane—with desire.

When Meena literally throws herself at Leo and declares he’s her mate, his first reaction is to deny—and run far, far away. This lion/tiger mix doesn’t do drama and chaos. Problem is, once he sets eyes on her, he can’t help but want the vivacious blonde with plus-sized curves, perfect for a big man like himself.

He wants her even if it breaks all his rules when it comes to women.

Wants her even if she destroys his serenity.

Wants her more than a perfectly grilled piece of steak with a dash of garlic, pepper, and salt.

Thing is, someone else wants her too.

This poor omega is about to have his world turned upside down, which means everyone better watch out because when Leo experiences love, jealousy, and frustration for the first time, he doesn’t just snap—he roars! “

I love to write, and while I don’t always know what my mind is going to come up with next, I can promise it will be fun, probably humorous and most of all romantic, because I love a happily ever after.”