You are here: Products When a Man Loves a Woman by Anita Louise 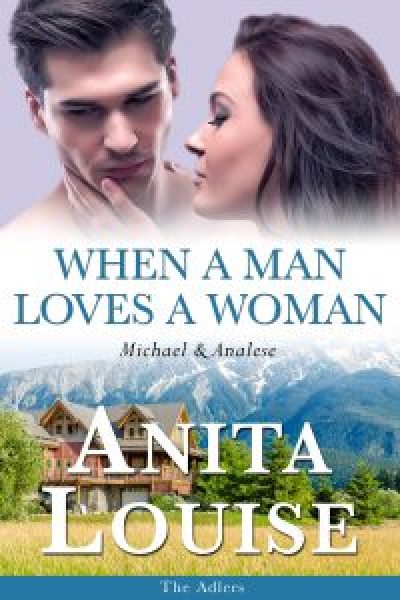 When a Man Loves a Woman by Anita Louise

As the eldest of the nine Adler children, Michael Adler has already helped raise his younger brothers and sisters. As far as he’s concerned, marriage is an outdated institution and totally unnecessary in today’s world. When he meets Analese Martin, she seems to be a perfect candidate for the position of “significant other” in his life.

Analese is highly successful in an industry viewed by many with skepticism or even scorn. Her husband left when their two-year-old son was diagnosed with muscular dystrophy. Since then, she’s made it a habit to steer clear of men. But when Michael Adler comes to her house to discuss designing and building her dream home something changes.

She is also an ardent and devoted student of personal development. Weaving the life changing principles that guided her to the love of her life and to a happy marriage is an important aspect of all of her books.

“When a Man Loves a Woman” was inspired by my love of romance, and especially the idea of a man falling for not only a woman but her child as well. Often, it seems that the female lead is the first to succumb to love’s desires. Then she must use her wiles to woo the man she’s fallen for. However, when a man is the first to fall, his tactics tend to be much more bold and dramatic. Love was the last thing on Michael Adler’s mind when he first met Analese Martin, but, the reader will see as the story unfolds, that sometimes a man has no choice.