You are here: Products Welcome Home, Soldier: A Military Romance by Ann Harlow 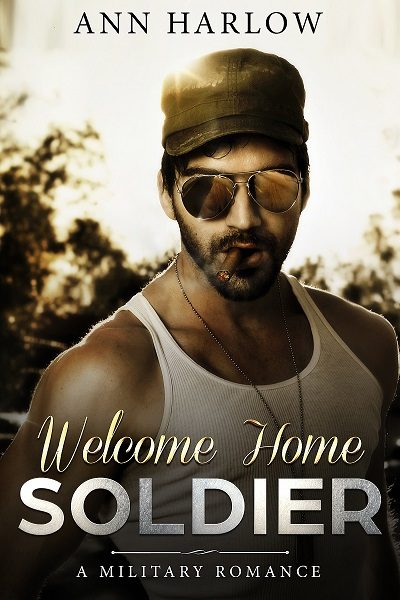 After serving overseas in the military, Captain Tom Reilly arrives back home in California, excited to be reunited with his fiancee, Susan Jamison. They have not seen each other for two years and Tom wonders if the spark between them still remains. He wants to get back to the way things were but worries that he is not the same man he used to be.

Susan is overjoyed to see the man she’s going to marry. That joy, however, is overshadowed by a guilty conscience. Susan has been keeping a secret from her fiance, one that will have a big impact on their relationship and future. The fear of losing him due to her trepidation has kept her from being completely honest with him for quite some time. When she finally reveals the truth to Tom, will it bring them closer together or ultimately drive them apart?
Welcome Home, Soldier is a 33,164 word contemporary romance novella.

Ann currently lives in Nevada with her family. She likes to experiment with writing romance and erotica when she's plagued with insomnia (which is often). She is also working on some thriller/horror novellas.

Ann wrote this book back in 2003 when she was twenty-four years old. She was relatively new to writing and since her friends and family knew her to only be a horror/thriller fan, she wanted to try her hand at something new. So she spent two days writing this novella with no idea what she would do with it. She let it sit, collecting dust, in her filing cabinet until 2018 when she finally decided to just self-publish it.

Be the first to review “Welcome Home, Soldier: A Military Romance by Ann Harlow” Cancel reply