You are here: Products Way To My Heart by Barbara C. Doyle 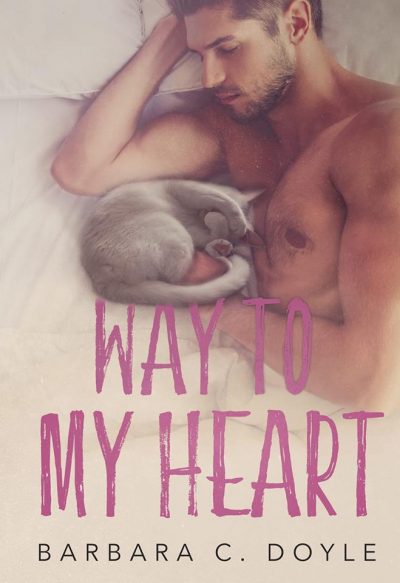 Way To My Heart by Barbara C. Doyle

There was nothing wrong with being the crazy cat lady.

At least that’s what I told myself after twenty-three years of being blatantly single.

A girl’s self esteem could only take so many hits before carbs, Netflix, and cats became her sole loves in life. After all, cats didn’t judge how much pizza you could eat in one sitting.

But then Caleb Winters had to wedge his way into my life by bribing me with chocolate and my cat with toys. And before I knew it, my cat was too attached to let him go.

And, okay, maybe I wasn’t keen on the idea either.

Hey! I’m Barbara Celeste Doyle, although my middle name should be awkward. My life is a romantic comedy gone wrong, so I’ve become obsessed with four-legged felines and chocolate—not necessarily in that order.

My love for the written word led me to obtain a bachelor’s degree in English and soon a master’s in education to teach college classes.

I love connecting with readers so find me online!

My dating life has been less than successful, and some of the things that occurred while trying to find SOMEONE worth staying with were cringe-worthy and hilarious. One day I told my friends, "My life is a rom com gone wrong." And they all agreed, so I decided to write about it. Thus, The Way To My Heart was born.

One
How You Know It Won’t Work:
You love chocolate more than humans

Be the first to review “Way To My Heart by Barbara C. Doyle” Cancel reply