You are here: Products Wanted in Paradise by Kate Ashenden 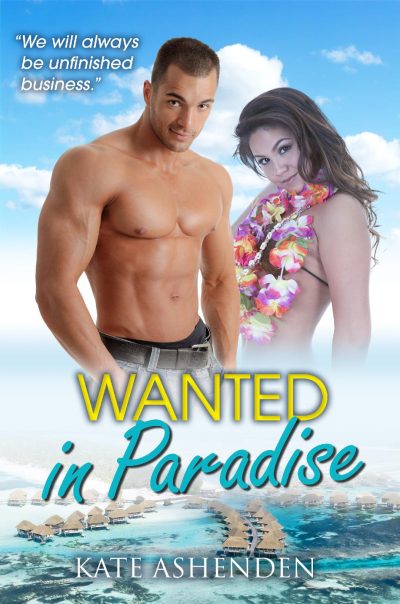 Wanted in Paradise by Kate Ashenden

Wanted in Paradise, a hot romantic suspense novel filled with the…
…drama of forbidden love
…tension of a love triangle
…glamour of wealthy men
…type of action and adventure that holds your interest!
Set in the beauty of the Maldives…

The perfect setting and Romeo Moretti – the man of Jasmine’s dreams.
Paradise is the place to be passionate and free.
Paradise is the answer to their problems.
However, can all obstacles, no matter what, be overcome by the power of true love?
Will those that love power stand in the way?
Will Jasmine’s internal and external conflict make her fight for true love impossible?
It’s time to find out if love conquers all.

Kate Ashenden is a copywriter, public relations professional, and author of the new book 'Wanted in Paradise'.

Kate's desire is to continue to write unique storylines with traditional love interests that grip the reader.

Based in the United Kingdom, Kate spends her working time eyes glued to a computer screen (usually with coffee and biscuits on either side of the laptop!)