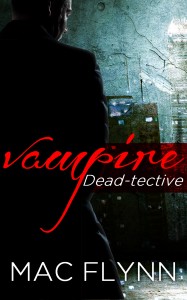 There are those who hunt the night, and then there’s Liz Stokes. She’s a normal woman with an abnormal roommate until he up and gets himself murdered. Now she’s inherited his unique ring and an even more unique business partner, and the world of the paranormal is sprung on her like a surprise birthday party nobody wants. Together the pair find out that they don’t like each other. A lot. The catch? They can’t kill each other or the survivor will die, too.

The Dead-tective books are paranormal romance thriller episodes that revolve around a pair of unlikely partners in their quest for truth, justice, and a pint of blood.