You are here: Products V.I.P by Tia Panipinto 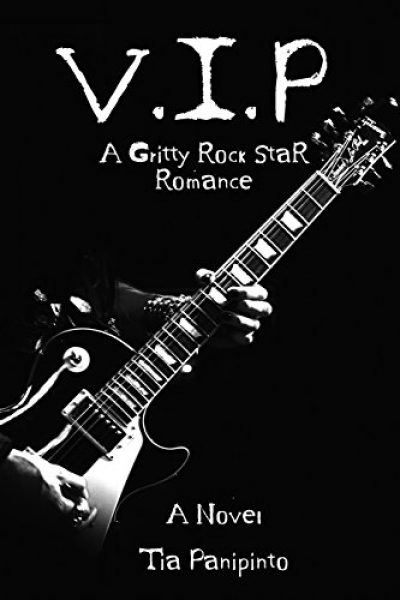 Tia Panipinto is an artist, freelance photographer, and freelance writer. After traveling across the United States, from coast to coast, four times, she finally settled in her native Upstate New York. (Not the Statue of Liberty side of New York– the rolling hills and farmland side.) Her books range from steamy red-hot romance, to edge-of-your-seat supernatural suspense. As an Indie Author, she’s self-published one title, so far, that is available on Amazon and has been met with rave reviews. Going the self-publishing route has created its expected obstacles, but it allows her to enjoy directly interacting with readers.

My time as a freelance photographer for indie bands that performed at venues in New York, Pennsylvania, Washington D.C and Florida inspired the general idea for this book. The musicians, fans, club promoters and bouncers all had inspiration that went into the creation of this novel.

“He motions for me to come to him, and as he jerks my invisible leash, I move. As I get closer, he reaches behind him and pushes the door open, his eyes never leaving mine. I flash him a smile and walk around him to get inside, then sit my bag on the floor and hop up on the small bar that’s built into the wall.
I don’t know what he was doing, but he stops, and walks inside, closing the door on his adoring fans as they all call out to him. The heavy door closes ever-so-slowly, and I see Red’s face twist up a little when she realizes her aspirations of fucking him are slowly closing with it. I smile when she spots me, and give her a little wave, before I turn my attention back to Reaper and open my legs for him.
He locks the door and makes his way over, unzipping his pants as he goes. By the time he reaches me, he’s already pulled his dick out. He’s hard and ready to impale me. Thank God. I don’t know if I could wait to get back to his place.
“Told you that you wanted it,” he says, sliding his greedy, impatient hands up my thighs. “Get down, bend over the bar. I thought about this during the entire set. Almost fucked up one of my own songs.”
I wait for him to move, so I can hop down, but he doesn’t. He takes my face in his hands, the rough patches of his guitar player fingers scouring my skin as he pulls me to him. He kisses me, hard. I can taste the liquor on his tongue, and it tastes good. I can almost feel his body fade into mine as I curve myself around him and wrap my legs around his waist. I can feel the relief in his limbs. His body is relieved to feel mine against it instead of some random nobody that doesn’t know how to touch him, or suck him off the way he likes. I can feel how relieved he is to finally be back in my arms.”

Be the first to review “V.I.P by Tia Panipinto” Cancel reply