You are here: Products Used by Leann Ryans 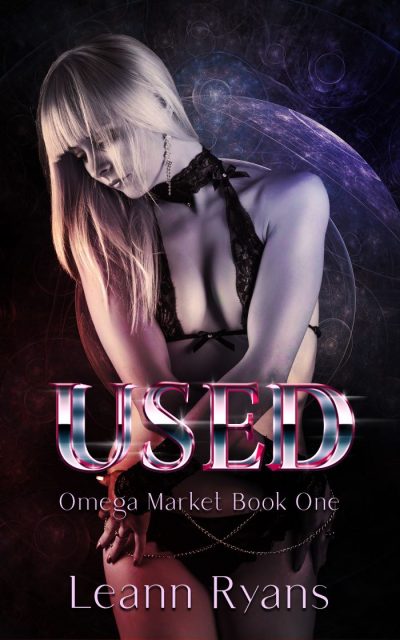 Not one to fight the system, she did as she was directed. She turned herself in.
Everything she ever wanted was within her grasp, but would she lose it all before she got the chance to collect?

This is a dark Sci-fi Omegaverse Romance. It does not have a cliffhanger, and ends with a HEA. There are triggers and situations that will make some readers to be uncomfortable, please do not read if you don’t enjoy dark romance with detailed scenes.

I am a stay-at-home wife and mother of three. I grew up on Sci-fi and Fantasy books with some of my favorite authors being Anne McCaffery and Mercedes Lackey.
In 2013 I discovered paranormal romance and delved into a whole new world. After reading Omegaverse stories from Addison Cain and Nora Ash, I had the idea for The Omega Prize and decided to take a shot at writing a book of my own. I haven't stopped since.

I had the idea for the beginning of this story while I was still writing my very first book. I wrote down what I had so I wouldn't forget it, then put it to the side to finish the series I was working on. I kept having new ideas, so this one sat in a file until this year.
My goal for this year is to finish some of the stories I already started, and write stories for the covers I have, so I started looking through old files. I read what I had written last year and knew I had to finish this one. The idea for the story solidified and I began working. I tend to be a pantser and just let the story tell itself, and I'm happy with how it turned out. It's my best yet.

To be omega is to be subjugated.
Dominated.
Enslaved.

But it's also to be wanted.
Desired.
Valued.

Other omegas tried to hide from their fate. Tried to have a say in when, and who, they mated.
It never worked.
They would be found. Caught. Dragged, crying, and fighting the whole way. The end was always the same. Their biology was used against them.
If they were lucky enough to be found before their heat, that is. They're always found once they go into heat. Nothing can hide that scent from an alpha, and the results could be… unpleasant.
It was easier just to do what the law said. Go to the collection center and avoid the stress.
Hiding away in the dark, half starving in the cold, just to put off what was going to happen anyway, seemed pointless. Showing up willingly, clean and docile, and not scrawny from lack of food, seemed like the smarter way to go.
Elise thought she would get a better price that way, and it's obvious if someone can pay more for an omega, then they should have plenty for a decent home and food to eat. One could hope they would take care of their investment. Having a young, willing omega, that didn't try to escape or cry before she was bonded, should be worth something.
According to the law, every omega was to present themselves to a collection center before their first heat, to be matched with an alpha with complementary genetics, who would then bond and mate them during their first cycle. Since omegas matured slower than the other dynamics, that usually meant somewhere around their twentieth to twenty-first year.
They were told that it was for the good of future generations. That this was the way to assure diseases and genetic disorders were eradicated, and that their children were strong.
Elise knew that in reality, omegas were a commodity like any other, to be sold to the highest bidder. Used for wealth and gain.

Be the first to review “Used by Leann Ryans” Cancel reply