You are here: Products Uptown Lovers by Austin Mitchell 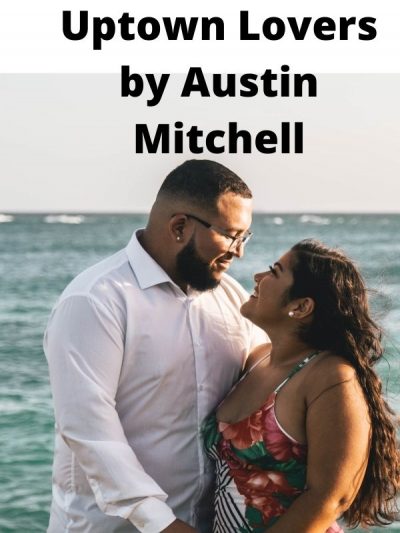 In the prologue of this book, Morgana Symonds is about to leave Jamaica to study abroad for three years. She and her boyfriend, Stewart Brown are at her sending off party. She expresses her doubts as to what will happen between him and other women during her absence. He tries to reassure her that he won’t be tempted. He finally wins a concession from her that she will return home most holidays to visit him.
In chapter one we meet Bobbette Greene and her newly minted and rich boyfriend, Robert Parsons. Bobbette and Stewart become fast friends and lovers. We also meet April English, Stewart’s other woman. We learn that she and Bobbette are in conflict over Stewart.
Morgana’s father dies in a boating accident and she returns home and hears about Stewart and other women. She breaks off with him and finds another guy. Unfortunately for Morgana things doesn’t work out and she is single again.
She and Stewart become friends again and so she came home to be with him. April hears about his impending engagement to Morgana and breaks off with him. Bobbette also decides to stop sleeping with him.
Stewart and Morgana become engaged. April runs away to America.
Morgana gets a job with a management consultancy firm. There she meets Brad Newman and Rick Graham. Brad falls for her, but she tells him that she is already committed to Stewart. Both Brad and Rick know Stewart. Brad thinks her naïve to be engaged to a player like Stewart.
April has gone away, but Bobbette has changed her mind and is sleeping with him again.
Morgana’s lover in America returns home to Jamaica.
Morgana’s firm puts on a welcoming party for her, Rick and Brad. Bobette turns up at the party without her boyfriend. Stewart leaves the party before Morgana and she is highly suspicious that he has gone to sleep with her. She can’t do a thing about it as she is not mobile and wouldn’t be able to get a taxi down to where he lives, at this time of the night.Morgana had asked him about her at the party, but he denied being friends with her.
Stewart again denies that he and Bobbette are lovers when Morgana confronts him the next day.However, he feels justified over his affair with Bhobbette and any other woman, because of Morgana’s refusal to spend weekends with him or even a sleepover.
Stewart continues his relationship with Bobbette until she drops a bombshell on him by announcing that Robert has asked her to marry him. She says that Stewart will have to tell her what to tell him.
Brad in the meantime drops his longtime girlfriend, Dania Reid and takes up with Jenna Marden. Jenna drops a bombshell on him when he finds out that she was secretly married and the son she claimed she had for Robert Parsons was actually her husband’s child.
Morgana and Celia could be in serious trouble. A hitman is hunting Morgana, claiming that she was responsible for his brother’s death in a prison riot. Celia’s former lover is stalking her,claiming that she either give him back the thousands of dollars he spent on her or he is going to kill her.
Morgana’s equally beautiful sister, Beverly finds herself in a quandary. She isn’t hearing from her boyfriend in the States. It now appears that the rumors about a girl over there being pregnant for him are true.
Things really start to happen after the Easter holidays. Brad
began pursuing Morgana.
Rick and Celia are at odds with each other after he starts pursuing Bev. Of course Stewart and Morgana are very much in love as they have just spent the week end in Ocho Rios. Incidentally, Morgana and Bobbette had a confrontation down there. It appears that Brad’s pursuit of Morgana is bound to end in failure.
Then there is Glen Norman. Many persons believe that he and Bev have something going on. Bev likes him, but knows that his girlfriend isn’t going to let him go anytime soon. On principle she is not prepared to fight a woman and take away her man. Glen’s parents are very rich. They live in an exclusive neighborhood. Like Bev and his girlfriend, he is also attending the University.
Morgana and Stewart’s relationship continues, but the strains are beginning to take toll. Morgan has virtually stopped sleeping with him. Stewart of course doesn’t mind for although he has lost Bobbette with her impending marriage and April’s migration to the States, there are still girls out there willing to sleep with him.

Writing-Profile of Austin Mitchell
Austin Mitchell has written more than eighty short stories. He has also written several plays, poems and
novels. He has attended several writing workshops. Several of his short stories have been published in
newspapers in Jamaica. He is a past student of St. Mary’s College, Above Rocks, St. Catherine. He is from a community, called Glengoffe, one of the largest communities in the island, which is in the north east of the island, bordering the parishes of St. Mary and St. Andrew. He presently resides in the city of Portmore, which incidentally is also in the parish of St. Catherine.

I have always wanted to write a novels.