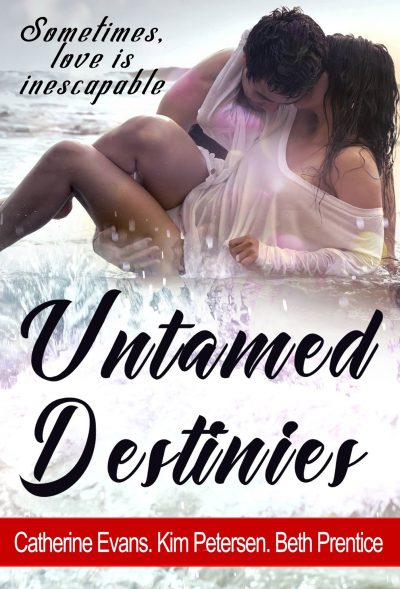 Snuggle up, relax, and prepare to fall in love as you journey through three of the most romantic tales you might ever experience!

Catherine Evans writes stories set in Australia's outback and country towns. Although she grew up in Sydney, she moved to the country as soon as she could and loves it. After working in agriculture for many years, she now works with her creative side and writes about the places she loves. She lives with her husband in a small town on the coast of New South Wales, Australia.

Kim Petersen and Beth Prentice asked if I was interested in writing a short story for an anthology with them. As I said yes, in my mind I saw a girl finding a horse in the sand dunes near the beach. After signing on to the anthology, I wrote to work out who the girl was, why she'd come across the horse, and who the fallen rider was.

We've all written a story with a destiny/fate theme that links the three romance short stories which are in three different sub-genres – paranormal, mystery and western/rural.

Discovering people and stories is such fun! With this book, I found my story, and I've made two new friends along the way. I hope readers will enjoy reading these stories as much as we've enjoyed putting them together.