You are here: Products Unmasked by Linda Penn 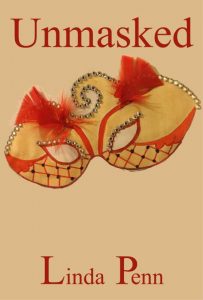 Not your average author. I write in several genres but all my books concentrate as much on the characters as the story.

Everyone has problems and some can only be helped in a very special way. Unmasked tells the story of Therapeutic Respite and why Tanya decided she could make her bespoke sexual service work. Everyone needs to unmask sometimes.

Be the first to review “Unmasked by Linda Penn” Cancel reply