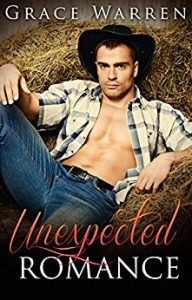 Grace Warren is an avid hiker, a gluttonous reader, and a novice gardener. She spends a lot of her weekends with her husband Bruce, in their backyard, watching him go to town on their yard, while she lounges and sips cups of freezing iced tea. Grace’s kids are all grown-up and living on their own, so she began writing clean romance to help with fending off the empty-nester syndrome and now she can’t seem to stop. Grace Warren joined Moon and Stars Press in early April of 2016.

Alton, 1885
Texas
It was dark by the time Alton managed to reach home, a humble little house outside of town. The white fence that surrounded the house was chipped and slanted, as was the house’s window frames. It didn’t matter though, for Alton and his family didn’t have any neighbors to judge them. There was nothing but dirt and a scarce amount of brush in the area.
Alton burst through his front door and ran into his ma’s bedroom. However, once he was in there, he awkwardly hovered by the doorframe. He never went into his mother’s bedroom, and a slight embarrassment warmed his cheeks. “Ma? Ma, wake up. Wake up, we’re got to go. Ma!”
HIs mother jolted in her bed. Sitting up and holding the blankets up to her chest, she swore at Alton like a pissed off drunkard.
“We have to leave,” Alton said, trembling a little from his adrenaline rush. “Now.”
“What happened?” his mother asked. She sounded serious now-more aware.
Alton licked his lips and cringed. “I got into some trouble with the Delvito gang. I owe leave town or…” The possible consequences of remaining in a small of Texas while a gang was after you chilled Alton.
His mother was silent for several seconds. She had repeatedly told him that something like this would happen if he kept up his gambling. Alton was actually relieved when instead of lecturing him again, she just stood up and pointed at something in the hallway.