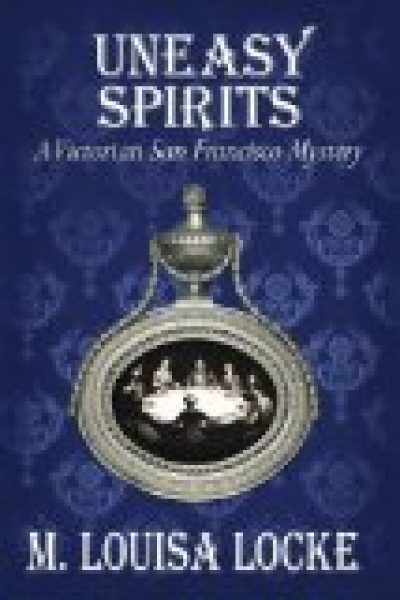 In this sequel to Maids of Misfortune, it is the fall of 1879 and Annie Fuller, a young San Francisco widow, has a problem. Despite her growing financial success as the clairvoyant Madam Sibyl, Annie doesn’t believe in the astrology and palmistry her clients think are the basis for her advice.

Kathleen Hennessey, Annie Fuller’s young Irish maid, has a plan. When her mistress is asked to expose a fraudulent trance medium, Arabella Frampton, Kathleen is determined to assist in the investigation, just like the Pinkerton detectives she has read about in the dime novels.

Nate Dawson, up-and-coming San Francisco lawyer, has a dilemma. He wants to marry the unconventional Annie Fuller, but he doesn’t feel he can reveal his true feelings until he has a way to make enough money to support her.

In this cozy historical mystery of romantic suspense, Annie delves into the intriguing world of 19th century spiritualism, encountering true believers and naïve dupes, clever frauds and unexplained supernatural phenomena. She will soon find there are as many secrets as there are spirits swirling around the Frampton séance table. Some of those secrets will threaten the foundation of her career as Madam Sibyl and the future of her relationship with Nate Dawson, and, in time, they will threaten her very life itself.