You are here: Products Undercover Soldier-Part One by Austin Mitchell 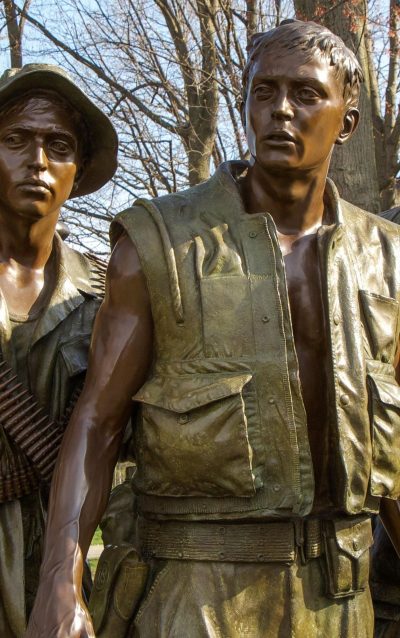 Undercover Soldier-Part One by Austin Mitchell

One time mob hit man, Gus Mc Creed is engaged in a deadly struggle with several drug syndicates for control of the lucrative Jamaican market. These syndicates have gunmen whom, they call soldiers and whom, they often unleash on each other or hire out for pay.In the midst of all this, his foster son, Fred Billings, wants to get rid of his daughter, Lorena, as he has his eyes set on Mc Creed’s empire. Special Branch Detective, Curtis ‘Bendoo’ Johnson, could spell trouble for both men when he is sent to the notorious Wareika Hills area of Eastern St. Andrew, to infiltrate a gang of drug smugglers hiding out there. Bendoo discovers that the gang is controlled by Mc Creed’s syndicate but soon comes to the conclusion that maybe he has bitten off more than he can chew as some of the most dangerous men on the island are holed up there.However the word fear does not exist in Bendoo’s vocabulary and that’s why he was sent on this dangerous mission by his superiors.

Writing-Profile of Austin Mitchell
Austin Mitchell has so far written two novels and is completing another. He has written many short stories, a few plays and poems. Several of his short stories have been published in his homeland. He has read hundreds of novels and has read widely on the subject. He has also attended a few writing workshops. He is a past student of St. Mary’s College, Above Rocks, St. Catherine. He is from a community, called Glengoffe, one of the largest communities in the island, which is in the north east of the island, bordering the parishes of St. Mary and St. Andrew. He presently resides in the city of Portmore, which incidentally is also in the parish of St. Catherine.

“Gus McCreed, you dirty fucker. Do you know how long I’ve wanted to kill you? Mister Carlo paid me good money to get rid of you.”
Looking the man in the eyes Gus realized how stupid he had been. This was Speedo Driscoll, the New York assassin.
He had done some special work for Santini, he remembered.
The three men got out of the car.
Gus had heard that the thin man was a cold-blooded killer, who liked to see his victims suffer before he got rid of them.
They relieved him of his gun, then took him to the edge of a gully. It was one of those concrete made canals, built to take flood waters down to the sea. He was sure that the waters from this gully would run down into the Sandy Gully. It was wide and deep, although it was only dangerous when flooded. One would likely break all their limbs if not their neck if they fell into this gully.
“I’ll give you a chance, Gus, but you have to try jumping that gully,” Speedo said, pointing down into the gully.
“Damn it, Speedo, you’re going to kill me, your own black brother for some white son-of-a-bitch?”
“I collected the man’s money already,” came the gunman’s harsh reply.
Gus knew that he was telling the truth. To a working professional gunman, the only important thing was the amount of money he was being paid to do the job. In desperation, he shouted.
“Speedo, watch it, car coming!”
The gunman had fallen for the cheap trick and turned around and Gus lunged at him.
The taxi driver stabbed at Gus and missed as he swiveled his body away from the knife. He tripped the driver and as the man fell, kicked him, making him roll to the edge of the gully, lose his balance and fall over. They heard his screams as he fell into the gully. Speedo fired at Gus, who threw himself on the ground as the bullet flew over his head.
Speedo was now trying to bring his gun to bear on Gus again, but the bigger man’s fist tore into him sending him spinning sideways.
He was over him and kicked the gun out of his hand. He then dragged the killer to the edge of the gully.
The little man was begging for mercy now. Gus ignored his pleas and shoved him over the gully. He paused only to listen to the agonized screams of the killer and the sound his body made, as it came into contact with the concrete at the bottom of the gully.