You are here: Products Tuxedo by Kitty Barstow 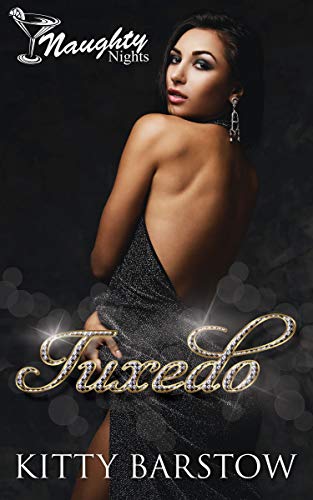 I may be voted the most eligible billionaire bachelor of the year, but in my heart I’m just a coder, who created some kickass software. I like to lock myself in a room, write a sophisticated program, and solve a problem. But Layla Kasim is one enigma I can’t figure out. Her pouty lips and deep brown eyes throw me off my game. Not to mention the hot sex we have. When she insists on trying out my newest software, a mating app that promises you’ll find the love of your life, I have mixed feelings. I know without a doubt my program works. Problem is, for the first time in my life I’m not sure I want it to.

Kitty Barstow is a lover of books, rescue dogs, and vanilla ice cream…but that's the only vanilla thing about her. She writes sexy stories by day and works as bartender extraordinaire at nights. Many of her stories are inspired by the hijinx at the bars she's worked. From steamy to panty-melting, she's got stories for everyone with plenty of gorgeous AF heroes and sassy heroines!

I love sexy romances that can be devoured in 90 minutes or less.

Be the first to review “Tuxedo by Kitty Barstow” Cancel reply