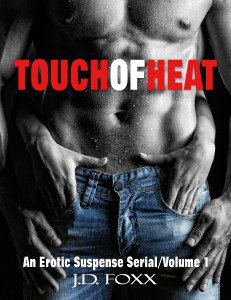 Some guys sell stocks and bonds. Or cars and real estate.

I sell three things: My time. My body. And my cock.

I work for an exclusive escort agency in Los Angeles. The clients are wealthy women—single, married, divorced, lonely, lucky, sad and sultry. They’re all ages, from every part of the city, with every type of desire. Most importantly, they’re also ready, willing and able to pay $5,000 for safe, satisfying sex with no strings attached.

To the clients, it’s a fantasy come true. To me, it’s just a job. And I’ve got a plan. I’ve given myself five years to work hard, fuck hard and invest well. And then, when my mother and sister are set for life, I’m walking away from the grind to open a boxing club at the beach. I’ll be thirty at that point. And with just five years to go, my plan is working perfectly.

Until I meet Isabella. And then, with one smile, one choice and one twist of fate—everything changes.

J.D. Foxx loves to read and write books filled with romance, passion, heat and intrigue. A lifelong reader, J.D. began to pursue her dream of being an indie author after her beloved Mike passed away in January 2013. She salutes all of the awesome and passionate readers as well as her fellow indie authors. Be good to yourself today!

When my beloved Mike passed away in January 2013. Through the months of depression and numbness and sorrow, writing provided a lifeline for me. And now, after countless hours of toil and trepidation, I have finished TOUCH OF HEAT.