You are here: Products Torn Between Two Worlds by Lexi Ostrow 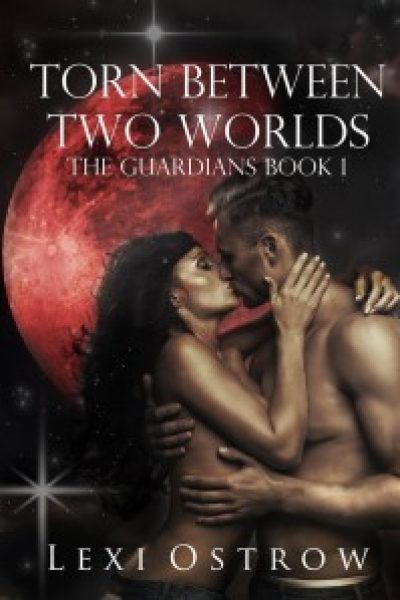 Her heart was torn differently than others, between two worlds. Her choice would affect her position in each.

Ciara Miller was born the same as others, but she got a little something extra. On her 14th birthday she learned she was a Word Speaker, someone who could create life from stories. Her gift is incomplete until her 27th birthday, before then all she can create is things she, and others like her can see. Evil wants her gift as well and the characters she choses to create become her Guardians against the unseen attackers that want to use her skill.

Stryder is a demon, created to be a backup plan for the Horseman of the Apocalypse, War. Since the day he learned he was nothing more than pawn he and his brothers had been seeking a way to betray hell and fight on the side of the angels. His world is torn apart again when he finds out he’s nothing more than a story and given the option to protect a human female, Ciara, or die.

Ciara hates Stryder for replacing her former Guardian. But she cannot deny the lust and connection that rocked through her every time they touch. She could deny it all she wanted, but she belonged to Stryder and when they find themselves thrown into a war bigger than them both she must choose between her reality bound heart and her fantasy bound soul to save them.

Reading and writing are her first loves but her passion for shopping, love for yummy food and her love for all her many pets. She hopes to one day help other readers fall in love with writing as she did.

A mixture of things but mainly the imagination of a seventh grade girl who just wanted the book characters to be real. Especially the sexy men!

She couldn’t believe him. “You arrogant, condescending, infuriating son of a bitch!” As she’d been yelling at him she’d walked closer and didn’t even think as she pulled back and smacked him across the face so hard it vibrated through her own hand and turned the heads of the demons in the bar. The danger in his eyes scared her. But she wasn’t backing down.
“Sweetheart that might have been the stupidest fucking thing you’ve ever done. Don’t think I won’t teach you better.” His voice was a snarl and oddly enough some of her fear retreated because she suspected he was lying.
Wrong.
She had her back pressed against a dirty wall before she could blink. His hard body pushed against hers sent lust through her. She bit down again on her lip, drawing more blood. Aversion therapy. She hated the taste of blood and hoped that she could make herself hate the feel of him against her. His hand slid against her neck, enough to prove a point but not to where she felt like he was choking her.
“Do. Not. Push. Me.” He bent his head like he was going to kiss her and her heart stopped. She needed to stop this and she couldn’t. She needed to get away from here and focus only on her and her work and her bills, anything but let her heart fall further and further for this man.
He brushed his lips lightly against hers and she fell apart. Her arms wound around his neck and as she went to kiss him back he and dropped his hand from her neck and walked away. Tears sprang in her eyes. She was crying because he wouldn’t kiss her? How could this be? How did this man make her forget everything but the idea of them together?
“I am not a fucking toy. You want to curse me to hell. Go right ahead Sweetheart it’s my home away from home don’t forget. But you want to use me to sate your sexual needs and then scream at me for it? I don’t fucking-”
An explosion rocked through the bar. She barely had time to see the chunks of wall exploding towards her. Or the bodies of demons that flew at her. The smell of ash burnt her nose at the same time as the shrieks in the room bombarded her ears. She was amazingly unaffected by whatever had blown the exterior wall. Her eyes were having trouble adjusting to the smoke and she screamed Stryder’s name as someone grabbed her by the ankle and tugged her to the ground.