You are here: Products Too Close by Elizabeth Krall 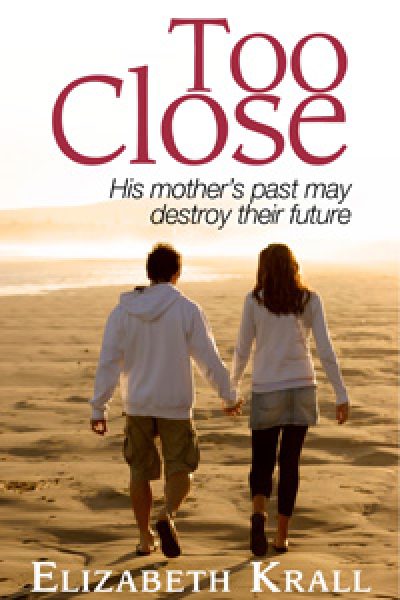 Too Close by Elizabeth Krall

Three weeks before their wedding day, Nicola and Greg discover that they may have the same mother.

They met when Greg joined the San Francisco newspaper where Nicola is the travel editor. After six months, eager to start a life together and raise a family, they decide to marry.

When Nicola finally meets his family in Seattle, and mentions the circumstances of her adoption, Greg’s horrified mother is forced to reveal the shameful secret she has kept for 36 years.

As they struggle to deal with her revelation, their relationship is challenged and strained. If his mother’s suspicions are true, they will be forced into a devastating choice: break all of society’s rules and fight for their love, or break their hearts and give each other up.

It will be the greatest test their newfound love has faced – and their love may not survive.

What rules would YOU break for the one you love? What lies would you tell?

I wanted to explore how an ordinary couple deal with an extraordinary situation. My hero and heroine have known each other only six months when they decide to marry – as soon as possible. The discovery that they may have the same mother affects them individually and also affects their relationship, plus their relationships with families and friends. Rather than simply telling a story, I wanted readers to wonder what they would do in such a situation.

Sample from Book:
Background: Greg’s mother Mona has just revealed the truth about her past to Greg, Nicola, Greg’s stepfather Edward and Greg’s half-sister Janine.
====
An appalled silence hung over the kitchen, broken only by the faint sound of a distant foghorn and by Mona’s soft sobs. She was enveloped in Edward’s arms, pulled hard against his chest. His face was pale, his eyes fierce and shimmering with unshed tears.
Janine was the first to speak. Revulsion and disbelief tinged her expression, and she sounded puzzled. “Mom, why are you telling us this? And why now?”
Mona’s head came up in jerky movements, an inch at a time. “Don’t you see?” she whispered. “That baby…in that park in San Francisco….” Her gaze fell on Nicola, and stayed there.
Greg put out a hand towards his mother, let it drop to the table. His eyes sought Nicola’s, but she stared out the window, her eyes as blank as her face. “No!” he said vehemently. “We’re not…she’s not…no!”
Nicola’s eyes swiveled to his, true as a compass to north. He saw the bleakness there.
“No,” Greg whispered.
Then her chair crashed to the floor and she was gone, the cold damp wind seeping into the kitchen through the door she had wrenched open.
“Nicola!” he shouted, and ran after her.
She was still on the deck, huddled against a corner post with her hands pressed against her stomach. “I think I’m going to be sick,” she said.
The rain had stopped but water dripped steadily from the bare tree branches, and beyond the railway tracks at the end of the garden was the Sound, still and calm, reflecting the heavy gray sky. From a neighboring yard drifted a child’s laughter.
Greg reached out to touch her. She flinched, and was stiff when he put his arms around her. She tried to push him away but he was far stronger.
“Stop,” he said gently. “Don’t. It’s me. Still me. Still us. That can’t be true.” There was a gaping pit inside him where an hour ago there had been joy and happiness.
“I think it can,” Nicola said. “It all fits.”
He shook his head. Gradually, her body softened against him, and she slid her arms around him.
“There are too many holes in her story,” Greg argued. And what a story it was! If his mother hadn’t told them herself, he would never have believed it. No wonder she had always refused to talk about her life before Edward came into it!
“But what if it is true?” whispered Nicola. The emptiness in her voice tore at him. “What if she is my mother? What if you’re my half-brother?”
“Stop!” he said again, more forcefully, and gave her a little shake. “There’s absolutely no point in standing out here and wondering ‘what if.’ I said her story is full of holes. We’re going to go back inside and sit down and discuss this, sensibly and calmly!”
The look she gave him held the merest glimmer of amusement. “You don’t sound either sensible or calm,” she pointed out.
“I don’t feel it,” Greg admitted.