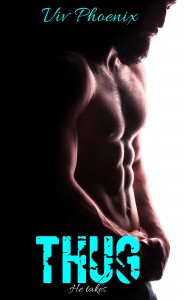 Two outsiders with potentially deadly chemistry and a deadline for pregnancy!

A dangerous bad boy with expensive secrets and an urgent need to become a father. A curvy, loner private eye with a secret of her own. A shared past loaded as an assassin’s gun — and time running out.

Finding Cole was more than a job. This case would mean survival. But I wasn’t prepared for how seeing him again would make me feel.

How could I get a man that big and deadly to cooperate?

I’d left everything in the past and found one thing I was good at, the dangerous secret thing that mattered to me more than anything.

Ariel knocked my world sideways. As soon as I saw her again, I knew I’d do anything to take her — no matter how hard she tried to keep me out.

But the bad guys wanted to end my work, by any means possible. How could I stop a woman as independent as Ariel from putting herself in danger? And if I didn’t meet my family’s demands, my brother would launch an enterprise that amounted to genocide against countless innocent people.

She lives on the coast of California and spends a lot of time outdoors between books.

I started with the idea of a man who didn’t want to be found and a woman who had to find him. I like the chemistry between strong people who have good reasons to be guarded.

Bad things. I looked at his shadowed eyes and I could believe it.
“How bad?” I dared to stretch my stockinged feet out on his bed and make myself more comfortable against the window frame. The neon’s red glare didn’t reach far enough to show his eyes and probably made my dark curls look like devil-girl hair.
“The worst.” His Adam’s apple bobbed. He didn’t want to say it.
“What did you do, kill someone?” I meant to be flip.
He jerked away from the wall and tucked his long legs cross-legged like a Buddha. His stricken look showed me I’d scored. A muscle next to his eye twitched.
He looked down at his hands.
“Yeah. I killed someone.”
A chill went through me. This was something I shouldn’t know. I’d just slipped into dangerous territory. Not that anything about Cole’s world was safe. Not for him and certainly not for me.