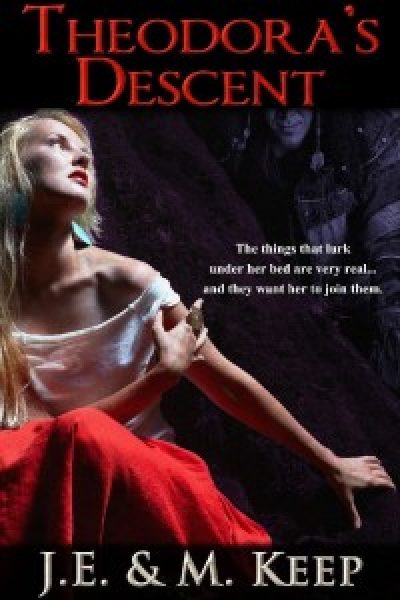 In the dead of night, they call for her. The monsters and their strange, ancient city deep below the earth.

Theodora is not content to find a husband and settle down. She seeks adventure, not courtship.She feels the primal pull of beings that shouldn’t exist and falls into the den beneath. Saved by a monstrous man from the clutches of two vampires, she quickly realizes that her nightmares couldn’t even come close to the things that haunt the underworld.As she desperately seeks escape, can she survive the horrors that lurk below, or will she succumb to the power that reigns in the dark?

A dark, seductive force calls to her… pulls her towards its clutches…