You are here: Products Their First Kiss by Elanna Reese 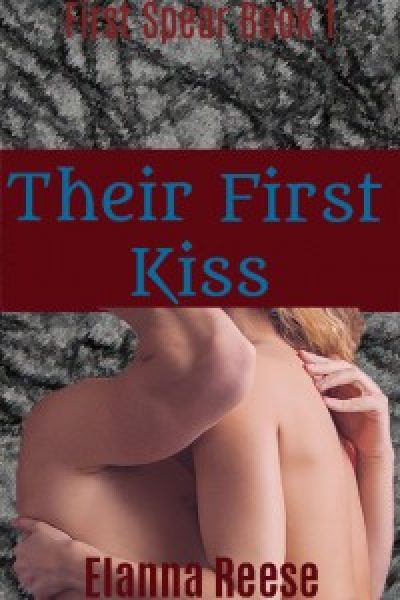 Their First Kiss by Elanna Reese

When Aurelia’s mother dies, the servants and slaves try to raise the daughter of the Imperial Legate, but she is too unruly, too stubborn, and too undisciplined. In a fit of frustration, the Imperial Legate brings his daughter to live in the military camp with his soldiers.

Aurelia grows up into a strong an willful woman under the watchful eye of her bodyguard, handpicked by the Legate. Marcus is her protector, her confidante, and her friend. He’s also her first love, and she plans on making him her first lover as well.

But Marcus makes it clear to Aurelia that everything will be according to his terms. She willing accepts his demands, though she doesn’t always obey him. Even though the consequences of disobedience may be punishing, Aurelia wouldn’t change a thing.

When not writing, Elanna usually tries to convince herself that she should go running, but normally caves in the luxury of reading some of the fabulous erotica available from Amazon on her kindle and drinking coffee – lots and lots of coffee.

And that’s what started me writing the story about Aurelia and Marcus.

Marcus was twenty-eight. It was the start of June, and Aurelia’s father ordered that the entire camp celebrate her birthday.
The Legatus sent over new armor for her, knowing that Marcus was training her in combat. It was crafted similarly to the armor of the Legatus, a breast plate of a golden metal shaped to her body, a helmet, a blood red tunic, a leather kilt, and boots. Friends of her father also sent gifts, a sword and a shield.
Marcus sent for a bath and priestesses came to her tent to help her prepare. He waited outside her tent until the priestesses left. He hadn’t ever been inside of her tent, but entered through the flaps as if it was his own. Her legs, from the tops of the boots to the bottom of the kilt, were bare and he took a deep breath. The armorer had been bold, there were nipples shaped into the breasts, and the defined muscles at the stomach were decorated with an indentation representing her navel. He didn’t speak, he didn’t trust his voice. He held out his gift for her, a scourge.
Aurelia looked at the heavy leather weapon in her hand. Leather thongs fastened into a thick leather handle around which her hand fit perfectly. The ends of the thongs were knotted, a few had pieces of broken glass fastened into the knots and some others used bits of metal, but most of the thongs were just knotted.
Marcus waited with his arms down at his sides and hands making fists. He stared at her, not blinking, just watching her. Finally, she slowly lifted her face to look into his eyes. She asked him if he had made it. He nodded his head. She fastened it to her hip, opposite the sword. He took a step towards her and then another until he stood just in front of her. She looked back up at him, her green eyes bright, but her pupils were large. He pressed his hand to her cheek and she leaned into his touch. As his head bent down towards her, she tilted her head back and her lips parted in natural anticipation. He was gentle, but his mouth was demanding. It was her first kiss. She reached her hands up to him and he gently brought them back down to her sides. He pulled away from her. She tried to follow him.
Marcus stepped away from her and held the tent flap open for her.
After the feast and celebration, Aurelia returned to her tent and Marcus returned to his. She set down the shield, sword, and helmet, but kept the scourge on her hip. The camp was still loud, and she used the noise to camouflage any of her sounds as she belly crawled beneath the side of her tent and into his tent. He was sitting on his cot, his leather armor already stripped and meticulously placed against the small table in the corner. He saw her and crossed the floor. He reached down and pulled her up to her feet.