You are here: Products The Wrong Man by Delaney Diamond 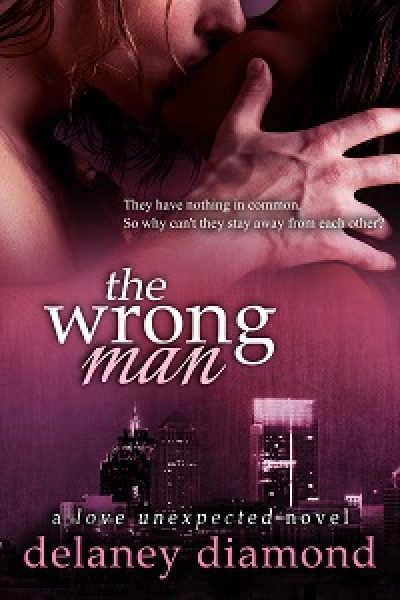 The Wrong Man by Delaney Diamond

They have nothing in common. So why can’t they stay away from each other?

Construction foreman Tomas Molina has no desire to settle down. He enjoys the single life too much, with all the choices of women available to him. But when ad executive Talia Jackson becomes single again, they start an affair that has him questioning his beliefs about relationships. And the next thing he knows, he’s the one demanding exclusivity.

Talia Jackson has always done what’s right. Gone to the right schools, worn the right clothes, and married the right man. Seeking a boost when her marriage ends in divorce, she finds comfort in the arms of Tomas Molina, a man who makes her feel alive in a way she never has before. Then an unexpected result of their affair forces her to make a tough decision—stay in the world she’s known all her life, or make a future with the man she’s grown to love.