You are here: Products The Wolf Next Door Book 3 by Richard Manley 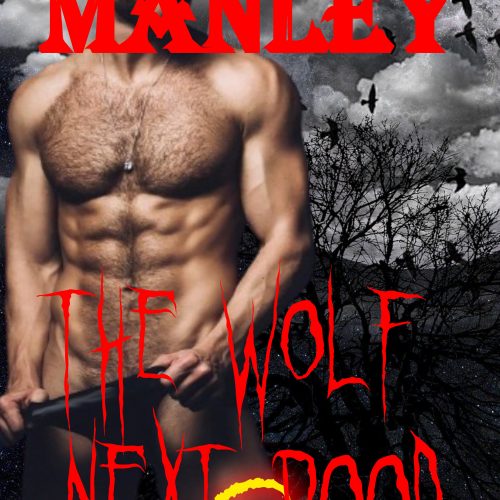 The Wolf Next Door Book 3 by Richard Manley

Corey is, or at least was, your typical, if somewhat shy college student.
An introvert with a vague anxiety disorder that he’d received treatment for, but that he still has to manage.
His life has recently taken a turn. The creepy mansion next door to his home has recently been purchased by a mysterious man. Corey is suspicious of him, and so he should be, for the man may not be a man at all. He is, at the very least, far more than he appears!
At the same time, he’s developing a friendship with Darren, a wild and outgoing guy at school. His crush on one of the professors has evolved and after an encounter in a motel room, he’s wondering if there was more to it for his teacher than just another student conquest.
Then there’s Gord – popular jock with a bit of a predatory streak.
He’s got his eyes on Corey.
Then, finally, there’s the Henchman – a strange shapeshifting creature that appears human until it doesn’t.
Between Darren, his professor, Gord, the mysterious man next door, and the Henchman, Corey has his hands full.
Things aren’t out of control.
Not just yet.
But the night is still young!

A lonely scribe toiling away in the wee hours of the night about naughty men doing naughty things! Have many books published on Amazon and Kindle Unlimited. I'm sure you'll find one to tickle your fancy!

To get a little experimental!

If you missed the first part of my story, let me give you a little recap.
I'm a shy boy and never got around to losing my virginity until just recently.
I live next door to a decrepit mansion that most people consider haunted. My bedroom window looks right into the master bedroom of that old place, and I always found that spooky. Sometimes I’d imagine someone was over there watching me. For a long time, I kept my curtains closed.
But the house has been empty since before I was born! And eventually, I grew out of that fear, though, still, now and then, I’d be sitting at my desk and look over and see that dark window and wonder…
I’m not wondering anymore. The house was sold recently, and someone new is moving in.
My parents are happy about it, but I'm nervous because it feels like something is off about the whole thing. Shady. Hinky. Weird. Whatever you want to call it.
Maybe it’s just my nerves.
Maybe it’s all in my imagination.
But it doesn't feel that way.
It feels like trouble is coming.

MEETING THE WOLF
I was thinking about everything Darren had said about how to protect me from nocturnal bloodsuckers. I knew he was joking, but I’ve got an active imagination, and it got my mind going. Were vampires so unrealistic? There are plenty of examples of creatures in nature that live off blood: mosquitos, bed bugs, fleas, and leaches, to name a few.
He had given me the classic prevention rules for vampires: garlic, holy water, and not inviting the creature inside. He told me this while laughing.
I knew it was stupid to think that my neighbor might be a vampire – there were no such things. But still, the idea that he might try and get to me by sneaking in through the window – that didn’t require that he be a vampire. All he’d need was a ladder.
It was stupid.
I didn’t think he was a vampire. My concerns about my new neighbor were more grounded.
There was something off about him. I just wasn’t sure what yet.
When I got home, I hurried up to my room. It was already dark outside, and I found my eyes going to my window, which had become a black rectangle of danger.
I tossed my knapsack on the bed and went to it, closing the latch and locking it.
It didn’t make me feel much better.
I briefly thought about nailing it shut, but my parents were home and would hear the hammering and wonder what I was doing. I could wait till the next time I was home alone, but eventually, my mom would see what I’d done, and she’d freak out. If they found out how I’d been acting and feeling lately, they might suggest I go back on the pills. Maybe this time, they’d even make sure I took them.
I didn’t want that.
I heard my mother calling me. I washed and headed downstairs with all these thoughts running through my head. Was I going crazy? Is this what it felt like?
Corey, come in here, she called out from the living room. There's someone I want you to meet.
I frowned and headed in that direction.
I stepped through the archway and saw my mom and dad sitting on the couch with drinks in their hands, smiling.
Then I turned and saw our guest and froze. I felt the blood drain from my face, and I’m sure I was white as a ghost, though no one seemed to notice.
Corey, this is our new neighbor, Ted Wolfe, my mom said with a big smile.
I froze.
Ted Wolfe sat in our best chair, a drink in his hand, smiling at me. I’d seen him before. I’d watched him get it on with his moving men, but I realized now how good-looking he was. He was even sexier up close, almost blindingly beautiful, too much so if you want to know the truth.
There was something disturbing about how good-looking he was as if such good looks were covering up some sort of inner ugliness. At that moment, scenes from all the old vampire movies flashed through my mind. In some stories, the vampire is a sexual being, charismatic, and even beautiful as it seduces its nubile young victims. This man fits that description perfectly.
He rose, his smile widening, ignoring the terror that was likely clear in my eyes.
He held out his hand as my parents watched.
Hi, Corey, the man said with a growing smile that showed those oversized incisors.
Fangs, I thought to myself.
I just stared at him.