You are here: Products The Watchers Book 2: The Seal of Daemons by RR Pearl 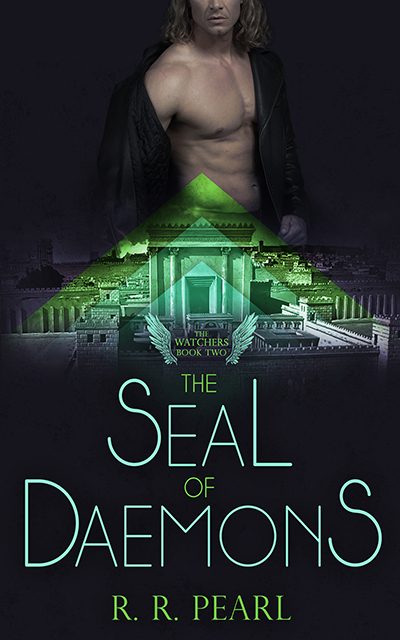 The Watchers Book 2: The Seal of Daemons by RR Pearl

After holding off the New Watchers at the tomb of a fallen angel, Rafe and Alec are back with a new adventure. The Praesidium has gotten a tip that the New Watchers are on the hunt for the legendary ring of King Solomon. Traveling the globe on a continent-spanning adventure, Alec, Clemy, and Enoch the misanthropic computer have to unravel the mysteries of conflicting information. But as Alec and Rafe grapple with the gun-toting New Watcher armies, they find themselves tested in other ways. Rafe still hasn’t told Alec everything – and Alec is about to learn just how far secrets can go.

I reside in idyllic Newport, Rhode Island along with my two fur babies. Two incredibly precocious Chihuahuas bent on ruling the planet, and I believe they are getting close. Oliver Winston and Victoria Alexandrina know they at least rule me. They seem to spend their day causing trouble and making my life just a little more exciting than it already is. I have begun to write LGBTQ+ romance, action/adventure. As well as a smattering of paranormal romance thrown in for good measure. I have just begun my official writing career, although I have been writing plays and scripts since I was in grammar school. So, come along for the ride! I promise some thrills, chills, lots of laughter and, fun, and some utterly amazing original characters.