You are here: Products The Watanabe name by Sakura Nobeyama 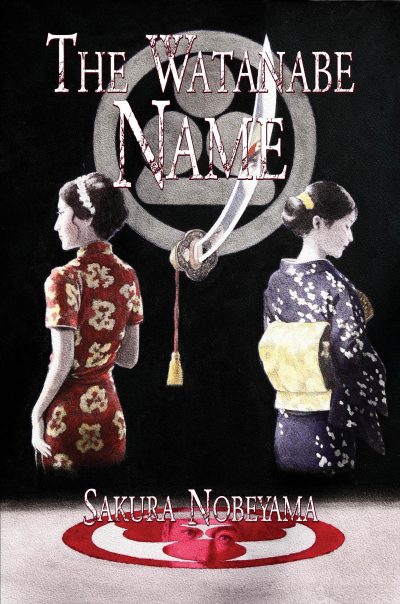 The Watanabe name by Sakura Nobeyama

Japanese business magnate Kenji Watanabe, 80, has protected the secrets surrounding his father’s murder for many years. When a detective calls in 2002 hoping to solve the case with new information, Kenji takes immediate action to keep the truth from becoming public.

In 1967, Kenji’s father, a former general in the Imperial Japanese Army, had more than his fair share of enemies. When a burglar stole his war sword and left a threatening note, it became clear that someone held a nasty grudge. And when the general was found murdered with Kenji holding the same sword over his dead body, Kenji became the prime suspect.

Kenji learned who killed his father and knew why, but no one was ever arrested. In 2002, the statute of limitations has already run out. No charges can be brought regardless of the new evidence.

Yet, Kenji would rather die than reveal the secret.

Sakura Nobeyama is a student in the mountains of Japan. She studies English literature and history and enjoys horseback riding, mountain climbing, reading, and classical music.

This is her first novel.

New Year’s Eve was supposed to be a peaceful day spent alone at Kenji’s cabin, tucked away snug in the mountains. After a walk in the woods and an onsen bath, perhaps he would cozy up by the fire with a bottle of sake and watch mindless comedy on TV or, better yet, search the shelves for a good old book he hadn’t read in years.
Though the temperature was still well below freezing, Kenji took his steaming mug of green tea out onto the front deck to enjoy the nature and tranquility of his private retreat, far removed from his chaotic daily routine in Tokyo. He wrapped both hands around the cup, taking advantage of the warmth it provided, as he sipped in leisure and took in the splendor of the surrounding forest. If any stranger had happened to chance upon the old man that morning, clothed in his warm cotton pajamas, housecoat, and slippers, they would have had no idea from the looks of him the unique struggles and painful episodes that had befallen such a well-to-do and well-known gentleman who was now eighty years old. There are always intimate thoughts and experiences below the surface of people which we don’t know about, even those as intimate as our spouses or best friends – a secret past, veiled ambitions, unexpressed prejudices, hidden desires to name a few – that everyone keeps to themselves; and so it was with Kenji.
To all outward appearances, Kenji Watanabe was like many other successful men; he had a family, a business, friends, enemies, and the usual secrets that typically accrue to all such relationships. But there existed in his past one monumental event that he had painstakingly concealed, more to shield the others involved than for his own benefit. And, up until now, he had been successful in that endeavor.
And then the phone rang.
He didn’t move right away as he presumed the caller to be his wife checking to see that he had arrived and to inquire about the condition of their log cabin after an extended absence. After a few rings, he began making his way back into the house, but before he reached the phone, the answering machine clicked on and played the recorded message informing the caller that no one was home and asking them to leave a message. The caller, a man to whom Kenji had not spoken for many years, left a message that sent a chill through his veins and halted him on the spot.
“Mr. Watanabe, this is Captain Miyabe. I have some urgent news that I am eager to share with you. I believe I may have finally solved the mystery surrounding your father’s death, or at the very least, I have discovered information that would have given someone a strong motive to have killed him – something we never uncovered in our original investigation. A person of interest has been discovered but refuses to cooperate. I need to speak with you to verify a few details. Please contact me as soon as you receive this message.”
Kenji stared at the phone and listened to the disconnecting click and hum of the dial tone. He had dreaded this moment for many years. It had all been set into motion on the fateful day back when he was still a young man, when his naivety had been exposed, and all he had been taught about honor was swept away. In a sense, life as he knew it had already ended because his view of the world had changed.
The murder the detective had spoken about had been committed many years after that day on August 15, 1967 at a festival in honor of his father’s lifetime achievements. It had nearly ruined the Watanabe family name because Kenji had been the prime suspect both in the eyes of Captain Miyabe and the public. Kenji had hoped the matter had been laid to rest all those years ago, but it now appeared the family demons were poised for resurrection unless he took immediate action.
Kenji knew the person of interest well, and that this person had indeed been involved in the murder.
Kenji also knew why his father was killed.
But he had never told a soul.
And he never would.
The detective’s message confirmed what Kenji had known for years – that he was the only person, other than the guilty, who could explain who killed his father and why, something Kenji desired to keep hidden from the world at all cost. Without Kenji’s assistance and confirmation of details, Captain Miyabe would have no means to investigate the cold case.
He considered the alternatives one last time and resolved to take it all to the grave. The police would never be able to make a case without him. Now all he needed to do was find a way to sneak away and, somehow, die.