You are here: Products The Viscount & The Lighterman’s Daughter by Lotte R. James 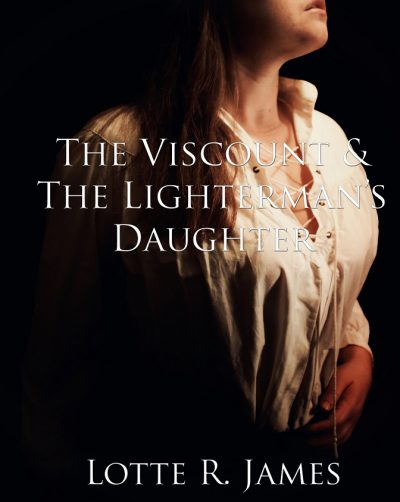 The Viscount & The Lighterman’s Daughter by Lotte R. James

They’ve hidden their true selves – but can they find each other?

Viscount Percy Egerton nearly lost everything in the wake of his friend Harcourt Sinclair’s scandal. Not even taking over a shipping company and playing nighttime vigilante has helped him find what he wants most: himself. But when the daughter of one of his workers bursts into his life, he’ll soon find everything he ever wished for is within his grasp, if only he has the courage to reach out…

When Meg Lowell is dismissed and forced to return home to Sailortown, she is desperate to find the means to survive, and keep her family from destitution. Clever, and hardworking, she has no fear. At least until she meets Percy, and he threatens her with the most dangerous thing of all; love.

Lotte R. James spent most of her life in a windowless office crunching numbers and dreaming up stories of love and adventure.Finally she took the big leap and is currently working on her fifth romance novel, along with many more exciting projects. When she's not scribbling on tiny pieces of paper, she's off wandering the countryside for inspiration, or nestling in a coffee house.

This is a sequel to 'The Rake & The Maid', and I felt Percy deserved his own story. It was also inspired by many walks along the Thames.

Be the first to review “The Viscount & The Lighterman’s Daughter by Lotte R. James” Cancel reply