You are here: Products The Trickster’s Lover by Samantha MacLeod 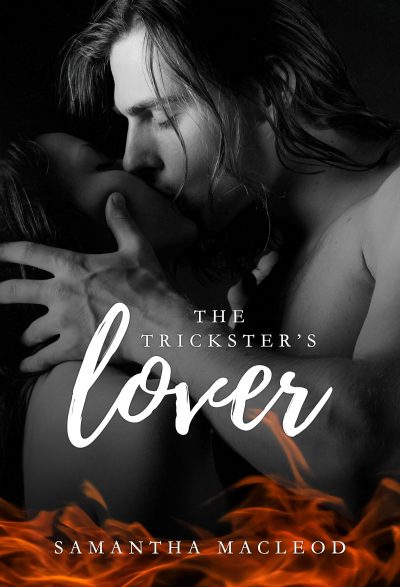 The Trickster’s Lover by Samantha MacLeod

A graduate student at the prestigious University of Chicago, Caroline dedicates her carefully planned life to a serious, academic study of mythology.

Until a god shows up in her bedroom.

Loki, the enigmatic and irresistibly sexy Norse god of fire and lies, appears late at night in Caroline’s apartment, cuts her clothes down the middle, and rocks her studious world in ways she couldn’t even imagine. The next morning, she’s convinced it was a dream–until she sees her clothes on the floor, cut in two.

When Loki’s appearances stop as suddenly as they began, concern for her lover leads Caroline to Val-Hall, the ancient home of Óðinn’s army, where she must put everything she has learned to the test. If she fails, there’s far more than Loki’s life at stake.

The end of the world is on the horizon, and only a graduate student with a crush on a god can prevent it.

Samantha’s work has been described as, “breathtakingly lyrical stories that breathe new and unexpected life into the old gods and the mortals who cross their paths.”</p>
<p>Born and raised in Colorado, Samantha MacLeod has lived in every time zone in the US, and London. She has a bachelor’s degree from Colby College and an M.A. from the University of Chicago; yes, the U. of C. really is where fun comes to die.</p>
<p>Samantha lives with her husband and two small children in the woods of southern Maine. When she’s not shoveling snow or writing steamy sex scenes, Samantha can be found teaching college composition and philosophy to undergraduates who have no idea she leads a double life as an erotica author.

What did you want to be as a kid?</p>
<p>For me, the answer to that question was always a writer.</p>
<p>Even before I knew how to write, I’d fill entire sketchbooks with elaborate stories told in crayon stick figures.</p>
<p>So I graduated from college and jumped right on that author thing, right?</p>
<p>Not exactly.</p>
<p>From 2002 to 2015, I didn’t write anything more than a grocery list (or maybe a quick poem on the back of that grocery list).</p>
<p>Yup…I had thirteen years of writer’s block.</p>
<p>The problem wasn’t a lack of ideas. I’ve always had tons of crazy ideas. The problem was me. All my story ideas seemed to involve too much sex, or too much romance, or too many wildly implausible things like magic and other worlds.</p>
<p>They just weren’t Serious or Literary.</p>
<p>So I gave up.</p>
<p>Oddly enough, having kids pushed me back into the world of writing.</p>
<p>When my daughter turned four, she started to have opinions about what she wanted to do when she grew up. And it dawned on me that, someday, I’d have to tell her I had a dream once too, back when I was a kid.</p>
<p>But I gave it up when the going got tough.</p>
<p>So, once she started kindergarten, I decided to give this writing thing another whirl. Only this time, I ditched the Serious and the Literary.</p>
<p>And I decided to write the kind of book I’d like to read.</p>
<p>The result is my first novel, The Trickster’s Lover, a whirlwind romance between Norse god Loki and University of Chicago graduate student Caroline. It’s filled with sex, magic, other realms, and the end of the world.</p>
<p>I’m not claiming it’s either Serious or Literary.</p>
<p>But it was a heck of a lot of fun.