You are here: Products The Tragic Tale of Teddy Woven by Peter Gray 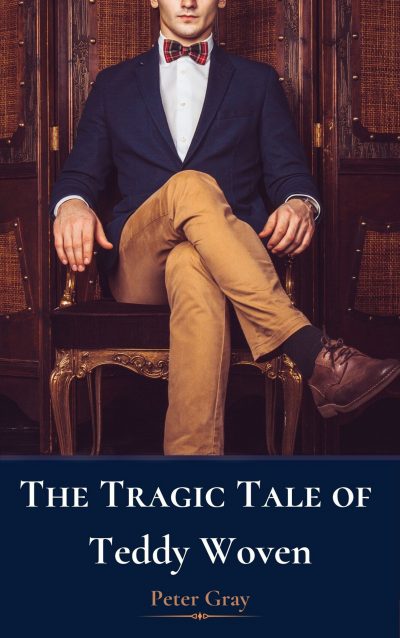 The Tragic Tale of Teddy Woven by Peter Gray

Sela is assigned to be a private gardener for Theodore “Teddy” Woven’s ancestral home. The young gardener soon finds her presence unwelcome as she slowly uncovers the truth about his family’s past. The greatest mystery of all lies not in the house, but with its owner.

Peter Gray was born in Toronto, Canada. He holds a Bachelor's degree in History and Education, but has always felt the lure of classic English literature. Dark tales of vampires, werewolves, and ghosts entertain him during those long hours in the middle of the night. It was inevitable he turned his inspirations toward writing. Peter published his first story in 2020; a paranormal romance called "Cursed." His first full length novel "The Tragic Tale of Teddy Woven" has recently been released in the month of September 2020. As a self-published author, Peter specializes in Gothic horror and paranormal romance.

My most recent work was inspired by the short stories of Edgar Allan Poe and striking performances by the legendary Vincent Price in the film "The House of Usher" and "Dragonwyck." Lost in a Gothic horror binge, the idea for "The Tragic Tale of Teddy Woven" came to me one day. I was also inspired by a few pieces of English literature such as "Dragonwyck" by Anya Seton and "Rebecca" by Daphne du Maurier.