You are here: Products The Touch of Her Hand by Rebecca Ruger 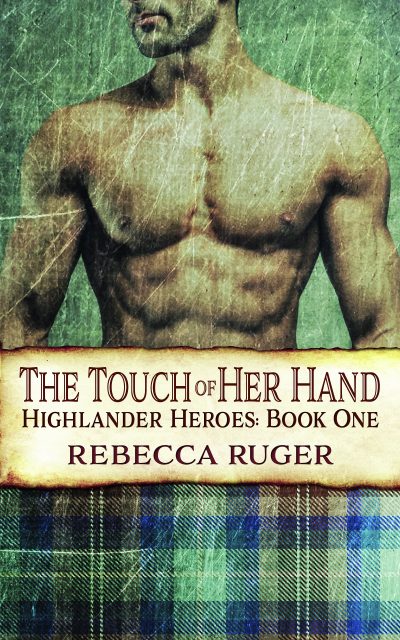 The Touch of Her Hand by Rebecca Ruger

For more than a decade, while the First War of Scottish Independence rages, fierce warrior Conall MacGregor has dreamed of the revenge he will have against the man who robbed him of his family and home. To this end, he abducts the daughter of his enemy, hoping to force a marriage and reclaim what is rightfully his. He has no idea that the stubborn lass will turn his world upside-down, and that he will be the one held captive.

Half-English Tess Munro has no plans to shame her father and people by wedding MacGregor the Murderer. Despite her tremendous fear and a regrettable liking of his kisses, she staunchly refuses to wed him. She tries often to escape, both Conall and the hateful people of Inesfree, who leave no question about their absolute distrust and dislike of the Munro prisoner.

Soon, Conall’s reasons for stealing Tess grow more distant, and Tess’s desire to flee begins to fade, but a threat greater than their own pride will challenge the very fragile existence of their growing desire for each other.

I have has been a lover of romance books since the seventh grade when my mother introduced me to Victoria Holt, and my sister shared her Barbara Cartland collection. I have a lifelong long of sea glass and am the founder and former editor of Glassing Magazine, the first-ever print periodical all about sea glass and beach glass (which sold in 2018 and is now called BeachCombing Magazine).
I am the proud mother of four (my greatest loves) and live in Western New York with my wonderfully supportive husband, Larry, and my just-ok dog, Brody.
The Highlander Heroes Series is a long-time dream, finally come to life. I'm looking forward to sharing so many great love stories!

When I was in high school, I read every 'bodice ripper' I could get my hands on. After a while, it was a challenge to find ones that stood out, that really moved me, or which I absolutely fell in love with. It seemed a natural thing, then, to write the stories I wanted to read.