You are here: Products The Thief Who Stole Eternity by Pam Kesterson 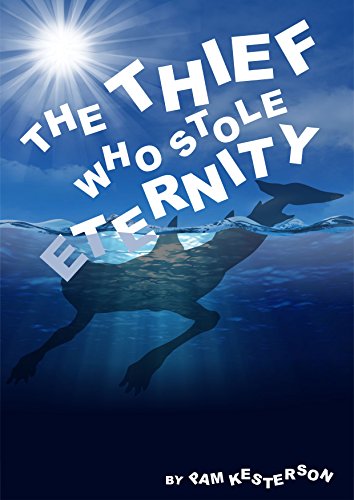 The Thief Who Stole Eternity by Pam Kesterson

A modern saga continues in the Infinīte Series.

The Thief Who Stole Eternity by Pam Kesterson

braids together the dystopian and utopian in brilliant scenery, immortality, myths, and faith.

The Thief Who Stole Eternity is the second book in the Infinīte Series. It’s a story of first love as Cat and Shenser reunite together and meander through a landscape woven of legends and illusions in search for Saidi, a lost Infinīte, and other Infinītes enslaved across the world. Driven by obsession, Cat cannot resist Shenser’s offer to help. A captivating story of startling beauty and dismay. From tarnished, and at times regretful heroes, to narcissistic villains.

The protagonist, Cat, had a brief appearance in book one. Now both the new and familiar cast delights the pages of believable and efficient personalities, all capable of accomplishing inconceivable feats. These characters build the network between reality and illusion.

An exciting, and at times horrifying novel that refuses to be detailed by any one genre. Experience the unforeseen world of the Infinītes.

Pam has a passion for healthy gourmet cooking with a love of strong coffee and super hot foods. She also enters spicy food contests whenever she has a chance.

This is the second book in the Infinite Series of three books total.