You are here: Products The Texas Cowboy by Katheryn Lane 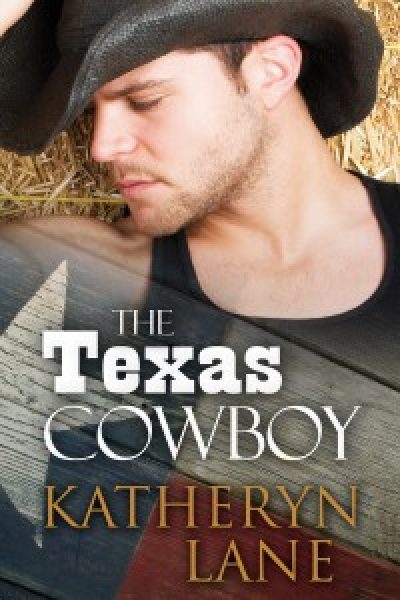 The Texas Cowboy by Katheryn Lane

From the #1 Amazon bestselling author, Katheryn Lane, comes an unforgettable romance set in the heart of Texas.

Everything’s bigger in Texas, including the problems.

When Vicky flies into Texas, she immediately falls for the charms of local cowboy, Jack Cassidy. However, her wealthy Dallas cousin, Laura, has other ideas and will do everything she can to steer Vicky away from Jack and into the arms of a rich oilman.

Jack is resigned to living the life of a lonely cowboy whose only female company is his horses–that is, until he meets Vicky. However, Vicky isn’t the only person with a claim on his heart. Jack wasn’t always alone and his ex is about to make a dramatic comeback.

Every cowboy has a past and this cowboy’s past is about to destroy his future.

Have a break, read a book!

The Texas Cowboy was inspired by several visits I have made to Texas. One afternoon, while I was in Dallas, I saw a cowboy stranding outside a Hermes store holding one of their trademark boxes. Unlike Vicky, the heroine in the book, I didn’t have the nerve to take a picture of him (I wish I had), and he didn’t wink at me, but I did begin to wonder about who he was and who the orange box was for. . .

Jack showed Vicky the other horses “You want to ride one?” he asked.
“I’ve never been on a horse. Maybe you could show me.”
“It would be my pleasure.” Jack picked one of the other horses, Lightning, and began to saddle her up. “Don’t let her name fool you,” he said as he fastened a bridle around the horse. “She’s the calmest, easiest horse I’ve ever known, perfect for a beginner.” Unlike Stardust, he thought, who was stamping about in her stall. He ignored her jealous outburst and led Lightning out of the stable.
“Put your foot in my hands and I’ll give you a leg up,” he said to Vicky, cupping his hands next to the horse’s flank.
Vicky did as he said and hoisted herself on the horse.
“Now take the reins, but not too tight,” he instructed and once Vicky had them in her hands, he gave the horse a gentle pat as an indication that it should start walking.
“This is amazing! Here I am on a horse at a ranch in Texas!” Vicky called out.
Jack could see that she was a natural and although she’d never ridden before, it wasn’t long before she was confidently managing the horse and guiding it around the field.
“Would you like to go faster?” he asked.
“I’m not sure.” She sounded nervous.
“How about I get up there with you?” He knew that riding double wasn’t good for a horse, but Vicky was so slim that he was sure that a strong horse like Lightning could manage it for a while.
Vicky agreed. Jack told her to move back in the saddle and then he lifted himself onto the horse in front of her and took the reins.
“What should I hold onto?” she asked from behind him.
“Me!” he called back and she wrapped her arms around his waist. He put his legs into the stirrups and gave the horse a firm nudge with the heel of his boot. Lightning immediately responded and lived up to her name by going into a fast gallop. Jack steered the horse across the field and into the next one.
“You okay back there?” he asked. He could feel her arms tightening around his body.
“Yes! Keep going,” she called back.
Jack didn’t want to stop either. He was used to riding hard and fast, but the feeling of having Vicky’s arms around him was exhilarating. However, he knew that it wasn’t good to push the horse too much and after a bit, he brought the horse to a gradual halt.
“Why have we stopped?” Vicky asked, loosening her grip on Jack’s body.
“Lightning needs a rest and this is a good place to rest.” He pointed to a creek a few yards ahead. He got down from the horse and then helped Vicky to dismount. Leading the horse by the reins, he walked Lightning over to the creek and tied her loosely to a branch of a tree before cupping his hands in the water and drinking from the stream himself.
“Is it clean?” Vicky asked.
“I hope so. I’ve been drinking from this creek since I was knee-high to a grasshopper.”
Vicky approached and put her hands in the water. “It’s cold!”
“Not everything in Texas is scorching hot,” he replied.
She splashed him and he splashed her back. She splashed him even more and he threw a large handful of water back at her and before they knew it, they were both soaking wet.
“If you don’t mind, I’m going to have to take this off to dry,” he said, removing his shirt.
“If you don’t mind, I might do the same.”
Jack could barely speak as she started unbuttoning her blouse. Finally he managed to mutter, “There’s no one out here but us and the horse.”
When she began to peel off her jeans, Jack thought he had died and gone to heaven.