You are here: Products The Survivors by Angela White 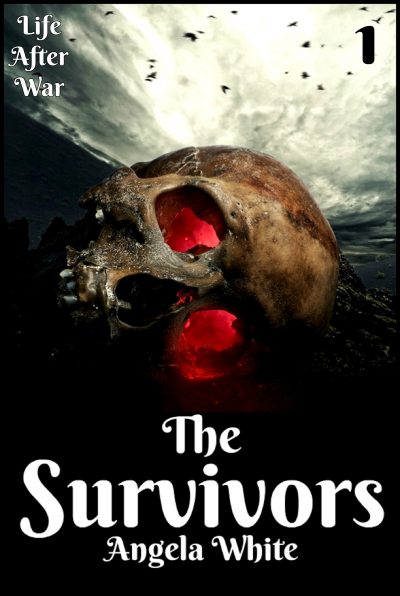 The Survivors by Angela White

“The end of the world has given us a harsh, merciless existence, where nature tries hard to push humanity to the very brink of extinction. Everything is against us, between us. Untold miles of lawless, apocalyptic roads wait for our feet, and the future, cold and dark, offers little comfort. Without change, there can be no peace. Only survivors.”
Fated to lead New America, seven gifted people survive an apocalypse only to find themselves on a cross-country quest through horrors that will shake the very core of who they believed they were. These long-denied protectors of humanity are destined to rebuild their country, if they can stay alive long enough to find each other.

Angela White is an author from Harrison, Ohio. After just two years of self-publishing, she was able to retire from her job at the local taxicab company where she dispatched and drove people around the city of Cincinnati. Angela now writes full time and lives on a small ranch in Kentucky with her family and their clowder of barn cats.

“Hold on!” She slammed her foot against the brake, throwing them all forward as the jeep rolled closer, cutting off her escape. The grinning madman behind the wheel was sickeningly familiar.
Brady! Angela slammed it into reverse, vaguely aware of her CB blaring with panicked male voices. Brady!
Get to Neil!
Leaving a cloud of dust, she flew backwards into the ravaged airport, and the men coming to her rescue scattered as the sniper switched targets.
The guards returned fire, and Angela slid to a stop in the middle of them. Dillan’s jeep was coming fast and so were the slugs, the Eagles now using her armor-plated Blazer as a shield.
Angela searched hard. Where was he?
Tell the boy about me.
Her heart sank as she picked up Marc’s thought, realized what it meant.
“No!”
Her scream drew attention, and the men followed her line of sight to the muddy Blazer flying at them from a nearby access road. The vehicle picked up speed, flying toward the lunatic who hadn’t seen him yet.
Love you, Angie. I never stopped.
No, Marc!
Marc swerved out of the decaying trees, and the Eagles saw a rare glint of sun flash off his dog tag, bright enough to hurt. His Blazer lunged onto the cracked airport street as the army jeep reached the road too.
Before Dillan had a chance to react, Marc slammed into the driver’s door.
“Noooo!”
Flames and heavy smoke immediately billowed into the air from the twisted wreck, and Angela immediately rushed toward it, unmindful of the bullets punching into the debris-covered ground around her boots.
“Marc!”