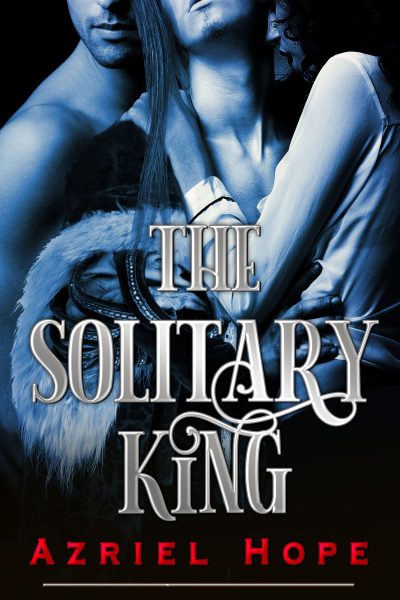 Prince Dane’s father is ready to abdicate the throne on the condition that Dane finds a wife and marries her quickly before he is coronated king. The only problem is Dane is in a relationship with his bodyguard, Asher. Reluctantly, Dane searches for a wife and against Asher’s wishes, chooses Lyric a beautiful ballet dancer who has run from her royal heritage.

As Asher grapples with the worry he will lose Dane to his wife, Dane faces rejection when Lyric refuses his proposal. On a mission to satisfy his lover, Asher brings Lyric back to the castle, and their tenuous friendship becomes love. Dane soon finds the same love for the kind-hearted Lyric and now they must sacrifice themselves for roles they must play so that Dane can become king.

As Asher, Lyric, and Dane face the prejudice of their kingdom, Dane realizes things have to change in order for them to ever be happy together…

This is a steamy MMF menage romance with a HEA, no cheating and a lot of fun.

Azriel is a best selling author of several romance novels she has written as a ghostwriter for other pen names as well as a writer of young adult novels under her given name.

An adoptive mother to two almost three gorgeous girls, Azriel balances her time between exciting or exotic places her mind takes her and scary things like elementary school, middle school and soon preschool for her teen, tween, and eventual toddler. She also spends a lot of time playing with her kids, dreaming and drinking wine.

When she and her family aren't dancing, creating, or water fighting in the yard, they are on an adventure around the world. Come take a journey…

I saw a great movie called the Sex of Angels, it's a Spanish film about a young menage and I just loved it. I thought the characters were so real and wonderful, so I set out to create a similar vibe. The story is very different, but the characters are amazing and I love the way they love each other.