You are here: Products The Sleepless Duke by Lottie Lucile 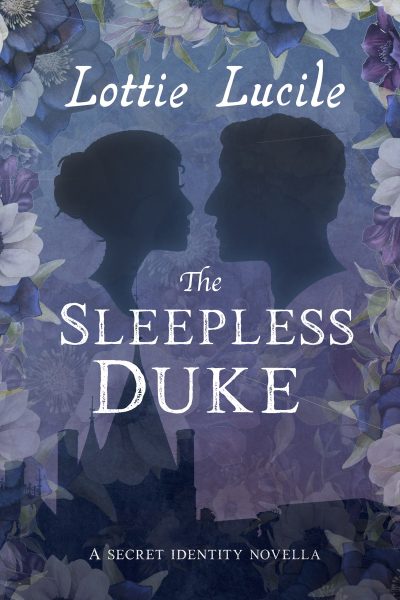 The Sleepless Duke by Lottie Lucile

Dreading their impending marriages, they only have a few nights left in a creepy old manor. She thinks he hates her. He thinks she’s much too meek.

Insomnia and a food thief lead to secret midnight trysts, where they treat and test each other. They discover a ravenous connection between them at night. With little time left together, they need to reckon with the lies they tell themselves.

A Regency romance with honey and heat.

Lottie Lucile has fallen in love three times since breakfast. She's obsessed with marzipan and lo fi beats. She writes romances – humor, suspense, and historical. She deeply loves her readers, not to be a creep or anything.

This started as a short story, with midnight rendezvous between sweet people trying their hardest to escape reality. The characters kept on demanding that I write more about them. I realized that this was my way of telling a You've Got Mail story, alongside a story of empowerment. And it turned into this romp of a novella.