You are here: Products The Sin of Love by Philip Mitchell Stein 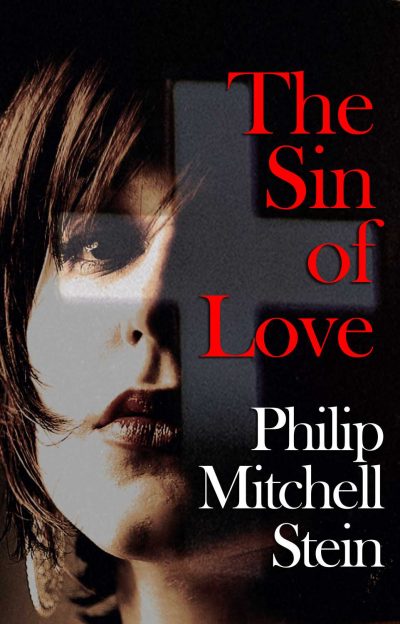 The Sin of Love by Philip Mitchell Stein

It starts as lust, but in the end, they had to decide, was it the sin of lust or the sin of love they were committing?

London, 1948. The war is three years over, but the scars remain. When a priest hears the confession of a Rose, young woman tormented by her sexual frustrations, it sets in chain a series of scandalous events. She is a widow, her husband dead in the war. By admitting her own urges, she triggers something in Father Joseph Martin, desires he thought he had suppressed long ago. When they meet outside the confessional there is something between them, something neither of them wants to deny. They meet again, and again, and their liaisons turn into an affair…

Historical fiction, romance, and a hot erotica story, all rolled into one, featuring a handsome priest led astray by an attractive young woman, along with plenty of graphic descriptions of their sinful encounters!

The original idea, a priest story, came about because of a conversation with fellow writers on Twitter! From there it fell into place pretty easily. I knew I wanted a 1940s setting – books about priests always remind me of Graham Greene, and for the same reason I wanted it to be a Catholic priest. Once I got the characters in my head, the story arranged itself fairly naturally, and I knew early on how I wanted it to end.

The doubts were never going to be enough to stop him. Not now he’d taken the first steps and discovered the pleasures of the flesh. The sin of lust was irresistible. So yes, it turned out he really was prepared to risk his soul for the pleasures of a carnal affair. As soon as he’d shaken the hand of the last of the parishioners waiting outside the church to speak with him, he hurried away. Rose was waiting.

He loitered a moment at the end of her street, checking it was empty. When he was sure there was no one to be seen he strode briskly towards Rose’s door. There was time for one last glance over his shoulder, making sure he wasn’t being observed, and then he knocked, for form’s sake. He was much too impatient to wait on the doorstep, not even to keep up the pretense. Instead he tested the door handle and as he expected, found it unlocked. Without stopping to give it any more thought, he crossed the threshold.

When he was at the bottom of the stairs he heard Rose’s voice, calling to him. “Is that you?”

The door to her room was open. It was furnished simply, with a bed, a table, and a chair. There was a vase on the table with a wilted flower in it, and a wardrobe in one corner with the door hanging open. He caught a glimpse of a row of dresses, browns and reds and greens.

Mostly though, he saw Rose. She was sitting on the bed wearing a plain cotton dress, white with red flowers and embroidery on the neck. Her feet and legs were bare. She turned to face him as he walked through the door. She looked relieved, and smiled shyly at him. He had never seen anyone more beautiful.

“Hello Joe. I was scared you wouldn’t come,” she said.

“I was always going to come. My soul is lost now.”

“I want to believe that, but how can I go against my faith?” he said.

“Are you saying you don’t want to do it?” Rose said.

“No. I’m saying I don’t care about the consequences.”

“Sit next to me.” She patted the bed and smiled at him, her face gentle and reassuring. The moment of doubt passed. Being with Rose made everything else seem trivial.

They kissed as soon as he was alongside her, with an eagerness that betrayed their lust. He knew what she liked now and opened his mouth, letting his tongue snake against hers. If this was all they did, he’d still be happy. Even this was a sin though, and if he was going to be sent to Hell for his actions, he’d rather commit a greater offense and earn his damnation. He moaned his desire into her mouth as they kissed.

Rose pulled her mouth away and looked directly at him. “Are you ready?”

She slipped off the bed and stood in front of him, placing her hands on the buttons of his shirt. Her fingers worked deftly, undoing them one by one. The top button was hidden underneath his clerical collar. Rose paused when she reached it.

He understood the symbolism of what he was doing. When it was off he placed it on the table, handling it with care.

That brought a smile to Rose’s face. “Good.” With his shirt unbuttoned she slid it off his shoulders. “Take your undershirt off. And your shoes and socks.”

Now he was only wearing his trousers. Rose ran her hand down his chest until it snagged on the waistband of his trousers.